"I believe you can do better than this."

In his latest song 'Don't Worry (RIP Kobe)', Meek rapped about the late basketball legend, with Vanessa Bryant taking offense to one line in particular. 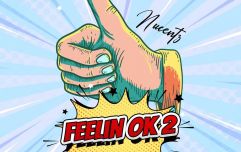 END_OF_DOCUMENT_TOKEN_TO_BE_REPLACED

The line in question was "If I ever lack, I'm goin' out with my chopper, it'll be another Kobe."

Addressing the controversial lyric on her Instagram page, Bryant said: "I am not familiar with any of your music, but I believe you can do better than this.

"If you are a fan, fine, there's a better way to show your admiration for my husband. This lacks respect and tact."

When fans accused Meek Mill of posting a disrespectful Tweet aimed at the Bryant family, he clarified that this particular tweet was not directed at Vanessa.

He said: "I apologised to her in private earlier today not to the public... Nothing I say on my page is directed to a internet viral moment or the family of a grieving woman. If you care about someone grieving change the subject."

Kobe Bryant died in a helicopter crash in January of 2020, where nine people passed away, including his daughter Gianna.

popular
Landscapers is the ultimate true-crime murder mystery show
Carlow woman banned from keeping animals for life after starving dogs to death
Government advising schools and third level institutions to close in counties with orange or red weather warnings ahead of Storm Barra
"Danger to life" risk with Storm Barra "weather bomb", warns Met Éireann
Man dies after being attacked by newly calved cow in Mayo
Daniel Craig's best pre-James Bond film is among the movies on TV tonight
The JOE Movie Quiz: Week 131
You may also like
9 months ago
New Biggie documentary coming to Netflix in March
9 months ago
Thousands demand rapper's release in Spain
1 year ago
Artists like Dave and Stormzy are leaving a legacy that no other modern artist can compare to
1 year ago
Roddy Rich, Meek Mill and Doja Cat among names added to Longitude lineup
1 year ago
There’s a massive battle rap event happening in Dublin next month
1 year ago
The worst Eminem lyrics of the past 10 years
Next Page