Versatile have been announced for the Friday of this year's Longitude

Longitude is now less than a week away, and those who are lucky enough to have tickets are absolutely buzzing.

Some of the biggest names in the music industry will be in attendance, such as Travis Scott, Solange, Sza, Migos, Diplo and loads more. 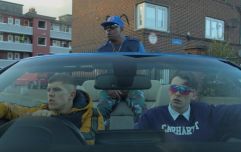 END_OF_DOCUMENT_TOKEN_TO_BE_REPLACED

The festival itself has a very hip-hop style theme, which is why the latest announcement makes so much damn sense.

It has been announced that Dublin rap group Versatile will be performing at the festival on Friday.

They will be performing on the same day as Post Malone, J.Cole and Khalid to name a few, so it's undeniably a great achievement for the Dublin lads.

The rap group are known for their energetic live performances, so the Marlay Park crowd is in for a treat. 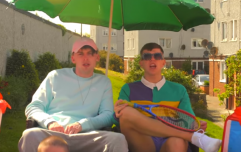 END_OF_DOCUMENT_TOKEN_TO_BE_REPLACED

Versatile are a unique a group as they rap about disgusting topics, while still somehow managing to come across funny and charming.

If you're going to Longitude and you're not familiar with the act, then have a listen to one of their most well-known songs 'We Sell Brown'.

popular
Disney+ has just added 10 big movies to its library
People want "offensive" Crown Paints advert banned after attracting hundreds of complaints
Netflix has just added 23 very big movies to its library
Human remains found in suitcases are the bodies of two children
A terrific '90s crime drama is among the movies on TV tonight
The 50 most iconic songs of all time* have been revealed
Here's how to make €9-11 on Revolut in just a few minutes
You may also like
3 years ago
The seven Irish acts you have to see at Longitude 2019
3 years ago
Versatile, Christy Moore, Toto, Aslan, Hall & Oates and more will play Cork's Live at the Marquee
3 years ago
WATCH: Versatile return with a banger that will be played everywhere this summer
3 years ago
WATCH: Versatile release bizarre video for an extremely different type of song
3 years ago
LISTEN: Versatile's new song is different to anything they've done before, but it's still brilliant
3 years ago
Electric Picnic 2018: Kendrick connects, but Versatile steal the crown
Next Page