“We connected to ‘Zombie’ because we were born from violence. RIP Dolores.”

Many tributes have been paid to Dolores O'Riordan on the week that marks the one-year anniversary of the Limerick singer's death.

The remaining members of The Cranberries are preparing to release their final album - which features O'Riordan's signature vocals - with In The End expected later this year before the band officially call it a day. 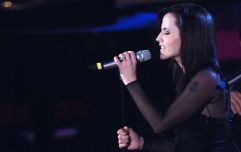 END_OF_DOCUMENT_TOKEN_TO_BE_REPLACED

"It was a very emotional process for us," the group noted in a joint statement, reflecting on assembling in the studio in the wake of their leader's passing.

"There were many difficult moments during the recording sessions, particularly the first and last days. After the first day we all seemed to be thinking the same thing although we didn't speak about it; if we didn't try to put our emotions to one side and focus on the work then we were going to do an injustice to Dolores.

"Knowing that we would never get to play these songs live made it even more difficult. There was also an overwhelming sense of finality knowing that this was the last time that we would be in the same studio together working on a Cranberries album."

A one-year anniversary mass for O'Riordan was held on Sunday in her hometown of Ballybricken, with hundreds of people turning out to pay their respects. 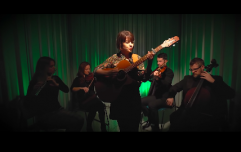 END_OF_DOCUMENT_TOKEN_TO_BE_REPLACED

Among those in the entertainment world entering in their own unique tribute is American rapper Vic Mensa, who has covered 'Zombie' in surprisingly cathartic fashion.

Mensa's new project 93PUNX is due for a more official long-form unveiling in the spring with guest appearances from legendary punks Bad Brains and the decidedly less legendary punk that is Joel Madden of Good Charlotte fame.

First up, however, is a notably emo-inflected take on the beloved Cranberries hit.

“93PUNX is a band I created to express things outside of rap,” Mensa said in a statement.

“We connected to ‘Zombie’ because we were born from violence. RIP Dolores.”

Check out his reworking of the song below.

popular
Details of cash payments and Christmas bonus outlined in Sinn Féin’s alternative budget
QUIZ: Test your knowledge with this Ultimate Friends Character Quiz
The JOE Friday Pub Quiz: Week 313
A brilliant psychological thriller is among the movies on TV tonight
House Of The Dragon is already better than Game Of Thrones
One of the best films nobody went to see turns 15 years old this week
QUIZ: How well do you know your horror movie scream queens?
You may also like
4 years ago
The Cranberries confirm they will split after the release of their final album
4 years ago
Gavin James to pay tribute to Dolores O'Riordan as part of RTÉ Culture Night gig
4 years ago
The Cranberries release official statement after inquest reveals cause of Dolores O'Riordan's death
4 years ago
Dolores O'Riordan died of drowning due to alcohol intoxication, inquest hears
4 years ago
Limerick man has the perfect suggestion for what to do with a boring council wall
4 years ago
Emotional scenes as Liam MacCarthy Cup brought to childhood home of Dolores O'Riordan
Next Page