The lads from BaracksDubs are back once again and this time around they’ve dubbed footage of Bill Clinton so that it looks like he’s singing Robin Thicke’s ‘Blurred Lines’.

If you thought the Irish lad’s version of Robin Thicke’s ‘Blurred Lines’ was good wait until you see it sing by everyone’s favourite ex-president/womaniser Bill Clinton, featuring a short cameo by none other than Barack Obama.

END_OF_DOCUMENT_TOKEN_TO_BE_REPLACED

Genius. Although, we don’t want to know how long it took to make the clip. It might not be as good as the NSFW edit featuring Emily Ratajkowski that’s currently doing the rounds online, but it’s still one of our favourites.

Sadly, we can’t directly feature the NSFW edit (because it’s SERIOUSLY not safe for work) so we’ll just leave this link here. If you click it, it’s your own fault... 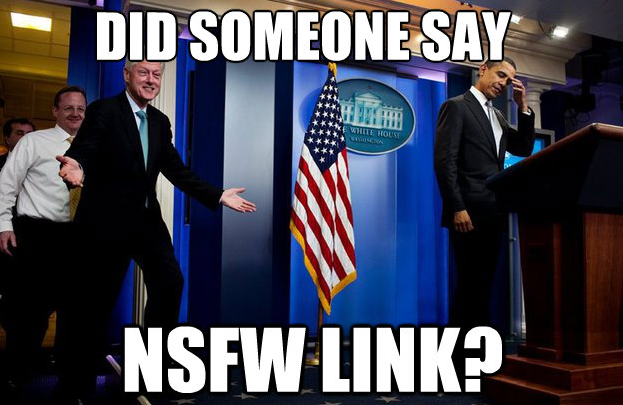 popular
The JOE Friday Pub Quiz: Week 308
Pilots fly over destination airport at 37,000 feet because they were both sleeping
Multiple fatalities after planes collide mid-air over California airport
Netflix has just added 23 very big movies to its library
Passenger plane dropped 1,200 feet in a minute without pilots noticing
Here's how to make €9-11 on Revolut in just a few minutes
One of 2022’s best hidden-gem comedy series is available to stream
You may also like
1 day ago
QUIZ: Can you identify the famous song from the opening line?
2 days ago
Pop Idol star Darius Campbell Danesh has died, aged 41
1 week ago
The 10 must-watch events at the 2022 Dublin Fringe Festival
1 week ago
Family of Ashling Murphy share heartbreaking tribute at Fleadh Cheoil
2 weeks ago
Taylor Swift responds after report claims she has the highest celebrity private jet emissions
3 weeks ago
The JOE Friday Pub Quiz: Week 305
Next Page