Professor Green was in the University of Limerick on Wednesday night, performing as part of something that he absolutely was not allowed to call Rag Week.

Absolute madness at Limerick Uni. I’ve been asked not to call it RAG week because of the bad press associated with the term. Whoops. 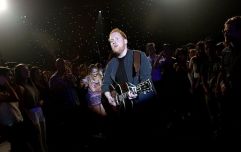 END_OF_DOCUMENT_TOKEN_TO_BE_REPLACED

So, on a normal Wednesday night in Limerick at an event that absolutely was not associated with the annual boozefest that is , the English rapper and songwriter did not take well at all to somebody in the crowd calling him a wanker.

Professor Green - real name Stephen Manderson - called out his nemesis, no doubt sending the mouthy student back into his box.

This was the reason for it (contains strong language).