Watch Bon Jovi really, REALLY not want to sing at this wedding reception

Your average wedding plays host to all manner of awkward moments. There's the big hats, the ill-fitted shirts, eating a roast when its 30 degrees in a tent. Not to mention the constant policing if you're at a ceremony with children.

Weddings can be a mess of awkward, stiff, forced social moments as you try and do a solid by your friends and family members, and going by this new video, it remains the same you're entire adult life. Even if you're famous.

END_OF_DOCUMENT_TOKEN_TO_BE_REPLACED

Bon Jovi found himself in a sticky situation the other week when he went to the wedding reception of a friend in Miami.

It all looked like the usual fare: take a few photos, reel off a couple of anecdotes about life on the road, avoid any references to "You Give Love A Bad Name". So far, so usual for Bon Jovi at a wedding.

But then, a wedding band led by artist Lourdes Valentin decided they wanted to pay tribute to Bon Jovi with a jazz rendition of  "Livin’ On A Prayer."

Look at Bon Jovi's face when everyone starts singing along.

That is not the face of someone who wants to join in with a song. As a general rule, being the centre of attention at a wedding when you're not the bride or groom is awkward.

Most Best Men want the spotlight off of them the moment their speech starts. So imagine, Bon Jovi, trying to keep a low profile, trying to support his friend, having everyone sing one of his hits to him, trying to get him involved. 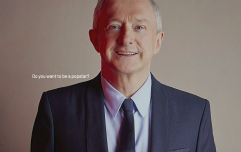 END_OF_DOCUMENT_TOKEN_TO_BE_REPLACED

To the credit of Bon Jovi, he did eventually come up on stage to join in with the band. Lourdes Valentin, who prepared the song ahead of time knowing that Bon Jovi would be a guest, told Associated Press that when she approached Bon Jovi before the ceremony, he said he did not want to sing.

Valentin also added she was she was "very surprised" when he decided to "grace us with his talent."

He did that and then some.

Watch the full video of Bon Jovi's performance below. And be safe in the knowledge this this the most awkward wedding video you'll watch this summer.

Got any awkward wedding stories? Let us know at hello@JOE.co.uk, or drop us a message on Facebook.

The Big Reviewski || JOE · The Big Reviewski with Dune, a mini-Hangover reunion & the best of Timothée Chalamet
popular
Alec Baldwin fatally shoots woman with prop gun on movie set
Christy Moore has announced 10 nights at Vicar Street starting next month
HBO announces a new Sopranos series is in the works... kind of
Dublin museum voted Europe’s leading visitor experience... again
QUIZ: Can you name all the countries beginning with L?
CONFIRMED: Nightclubs to open at 100% capacity, 11.30pm curfew has been removed
Here's the lineup for this week's Late Late Show
You may also like
1 month ago
Dancing will be allowed at events from 6 September, confirms Micheál Martin
2 months ago
CONFIRMED: Guests allowed at weddings to increase to 100 from 5 August
2 months ago
Stephen Donnelly thinks there will be "good news on weddings today"
2 months ago
Brides-to-be to protest at Government Buildings in call to increase wedding guests to 100 people
1 year ago
All wedding guests must be gone by 11.30pm in accordance with new guidelines
1 year ago
Number of guests allowed at weddings from July likely to be "very small" says Simon Harris
Next Page