WATCH: U2 played a belting version of Stay (Faraway, So Close!) at their Dublin gig

Stunning track and one they rarely play.

The U2 show rolled into town as the eXPERIENCE + iNNOCENCE Tour landed at the 3Arena on Monday night with an adoring crowd watching on. Of course, the entire gig was sold-out and with tickets for tonight's gig rarer than hen's teeth, it's definitely a beautiful day for anyone that managed to grab themselves a ticket.

The setlist was an eclectic mix of the new and the old with the majority coming from Songs of Experience. Tracks like 'I Will Follow', 'The Fly', 'Pride (In the Name of Love)', and 'New Year's Day' were belted out too.

Here's the setlist in full. 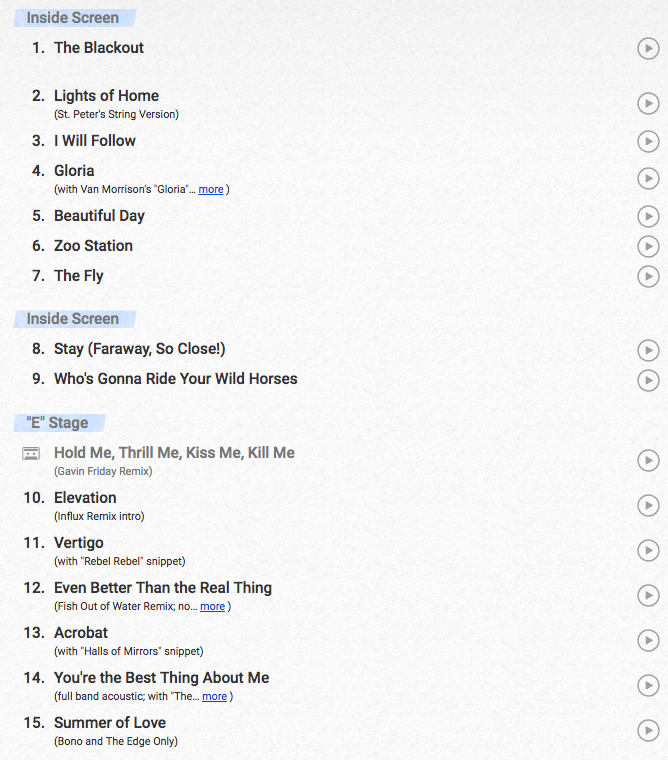 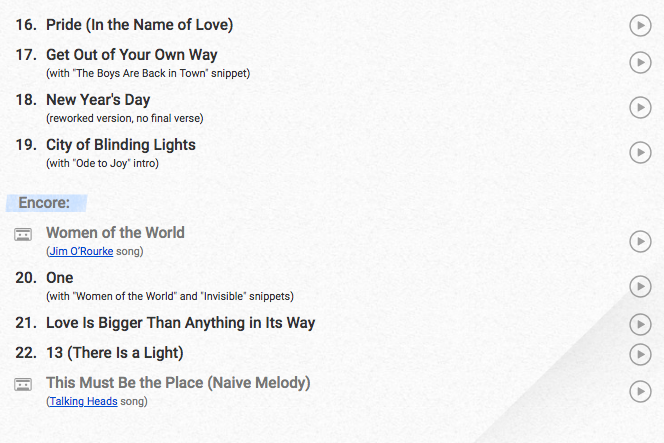 As for the standout track of the evening, that accolade goes to a genuine anthem that's not necessary as popular as other U2 songs, but it's up there with their very best.

Hard as it is to believe, it's been 25 years since Stay (Faraway, So Close!) was released from Zooropa and Bono has went on to state his belief that it's  "perhaps the greatest U2 song" that the bend ever recorded.

This being said, the track has been something of a rarity on this particular tour because U2 have only played it 16 times so far on the road.

In comparison, they've played 'The Blackout', 'I Will Follow', 'Lights of Home', and 'Beautiful Day' 56 times each.

Well, the home crowd were in for a treat when Bono and the lads belted this one out.

Aside from this, the band also delivered a few classic tracks like...

Tonight's gig should be a cracker too.

popular
One of the best action movies of recent years is finally available to watch at home
The JOE Friday Pub Quiz: Week 278
Gardaí launch investigation after man's body reportedly brought into post office in Carlow
QUIZ: How well do you remember Ozark on Netflix?
QUIZ: Can you score 18/18 in this tricky geography quiz?
"It will be with me until I die" - Charlie Bird opens up about "loveliest gesture" from Daniel O'Donnell
The 10 must-watch new (and old) arrivals coming to Disney+ in February
You may also like
1 day ago
Iconic singer and actor Meat Loaf dies aged 74
1 month ago
60 years later, a new number one song of all time has been crowned
2 months ago
Travis Scott says he is "absolutely devastated" after eight die at Astroworld festival
2 months ago
At least eight dead and several injured in crush at Travis Scott's Astroworld festival
2 months ago
Westlife add second Dublin gig following huge demand
3 months ago
Christy Moore has announced 10 nights at Vicar Street starting next month
Next Page