2019 Daylight Savings Time clock changes will be your last

This will put an end to an ancient source of confusion.

Are the clocks going forward or back? Does that mean I get an hour of sleep more or less? All these questions are finally set to become a thing of the past, European Commission President Jean-Claude Juncker confirmed on Wednesday.

In his annual State of the European Union address today, Juncker confirmed that 2019 will see the end of mandatory clock changes for EU countries. 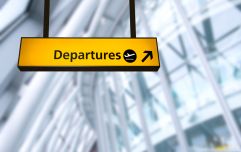 END_OF_DOCUMENT_TOKEN_TO_BE_REPLACED

"We all say in soap-box speeches that we want to be big on big things and small on small things," Juncker said. "But there is no applause when EU law dictates that Europeans have to change the clocks twice a year. The Commission is today proposing to change this. Clock-changing must stop.”

The EU consulted with the public on his matter, and 88% of Irish people purported to be in favour of ending Daylight Savings Time.

From then onwards, each EU country will be free to decide whether or not it wants to abide by Daylight Savings Time.

MEP Clune said: “I have been working with various parties for many years to implement these changes and I am glad to see that they are going one step further today. When asked people in Ireland voted overwhelmingly to stop the clock changes and I think we must all listen to the citizens of Europe on this. Following the recent public consultation on this 80% of European citizens voted to stop the two clock changes each year.”

The Big Reviewski || JOE · The Big Reviewski with Ray Liotta, Goodfellas facts & Tom Hanks making us cry
popular
One of the best twist endings of all time is among the movies on TV tonight
Netflix has just added arguably the very worst movie of the last decade
Investigation launched after woman in her teens hospitalised following crash with on-duty Garda car
The new Britney Spears documentary on Netflix is provoking a very bad reaction
Treasury Secretary warns US government will run out of money by October 18
Dublin Commuter Coalition calls on Eamon Ryan to answer questions on DART+ delays
Ireland ranked best in the world for Covid resilience, according to a new study
You may also like
3 weeks ago
QUIZ: Name the largest cities in the EU by population
4 months ago
QUIZ: Can you identify the EU country of origin from these €1 coins?
6 months ago
QUIZ: Can you name all the EU countries with a smaller population than Ireland?
6 months ago
Spain to legalise euthanasia from June in landmark ruling
11 months ago
EU launches legal action against the United Kingdom over Brexit bill
1 year ago
Mairead McGuinness confirms that she's interested in replacing Phil Hogan in EU post
Next Page