If you're not happy in your job, today - 24 January - is a very significant date

Get those CVs good and ready.

The busiest day of the year for job hunting is 24 January, a new study has found.

According to search data from Jobs.ie, the rate of web traffic shot above the average day in 2017 by a staggering 37% on 24 January of last year. 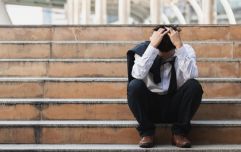 END_OF_DOCUMENT_TOKEN_TO_BE_REPLACED

January is consistently the strongest hiring month annually since 2012, with Jobs.ie finding that a total of 3,956 roles are currently advertised on their website, while general traffic is up 39% on November and December.

Mainly, job searches are seeing a spike in the areas of hospitality, sales and transport and logistics.

In general, the first quarter of the year is typically the strongest hiring period, after searches slow down in December. This is typically due to most job hunters slowing down and turning their attention towards the holiday's festivities.

“Traffic to Jobs.ie increases significantly at this time each year, with 24 January the busiest day of the year on the website.

“Christmas and New Year’s often afford busy professionals time away from the day to day demands of work, and in doing so, provides people with the head space to reflect on their goals and priorities for the year ahead, including their career ambitions.

“This has typically manifested itself in increased user traffic across the month of January, and based on recent history, job seeker activity has peaked on 24 January. The Irish economy is in a particularly vibrant place right now and as a result, there are more opportunities than ever before for job seekers looking to embrace a new challenge or embark on a new career in 2018.” 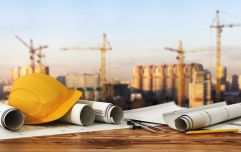 The building boom is back, if this call for construction workers is anything to go by

END_OF_DOCUMENT_TOKEN_TO_BE_REPLACED

With Ireland's national rate of employment increasing at the strongest rate in Europe, it's an optimistic time to be on the hunt for a new career. So if you're feeling nice and refreshed after the Christmas break, today might just the perfect time to tighten up those CVs and get the ball rolling for 2018.

The Big Reviewski || JOE · TBR Spotlight: Loki - Episode Two - 'The Variant'
popular
Garda union hits out at "absolute confusion" over outdoor drinking and dining
The Queen appealing for volunteers to weed the garden of her Sandringham Estate
Gardaí will use "discretion" over outdoor drinking at pubs and restaurants
The JOE Friday Pub Quiz: Week 248
QUIZ: Can you get full marks in this potentially very frustrating general knowledge quiz?
Taoiseach surprised by WHO plan calling for prevention of women of "childbearing age" from drinking alcohol
Man in his 60s killed following assault at home
You may also like
1 year ago
Report reveals the Top 10 positions that employers are desperate to fill in 2020
1 year ago
Over 70% of Irish workers would consider moving to a different county for a better lifestyle
2 years ago
The Irish Navy are looking for new recruits
2 years ago
Free flights home for Irish people living in Australia if they move back for jobs
2 years ago
Disney are looking to recruit folk for their Caribbean cruise ships
3 years ago
WOW Air are offering you and your best mate the greatest summer job we've ever heard of
Next Page