28-year old former NFL player shot dead in the US

The incident occurred in Terrytown, Louisiana on Thursday.

Former NFL player Joe McKnight was shot dead in an apparent road rage incident in a suburb of New Orleans on Thursday.

In a statement, Jefferson Parish Sheriff’s Office said that McKnight was pronounced dead at the scene having suffered “multiple gunshot wounds” following an argument with a 54-year old man at an intersection on Thursday afternoon.

END_OF_DOCUMENT_TOKEN_TO_BE_REPLACED

“Sheriff Newell Normand reports, this afternoon, around 2:43 PM, our 911 Center received a call of a subject shot near the intersection of Holmes Boulevard and Behrman Highway in Terrytown,” the statement read.

“The suspect in this investigation, identified as Ronald Gasser, W/M, 54, remained on the scene and was taken into custody. Gasser is currently being questioned by our Homicide detectives at this time. This matter is being investigated as a possible road rage incident.”

McKnight was drafted by the New York Jets in 2010 and stayed there until his release in the summer of 2013. He joined the Kansas City Chiefs in 2014 but suffered injury problems and never really made an impact. 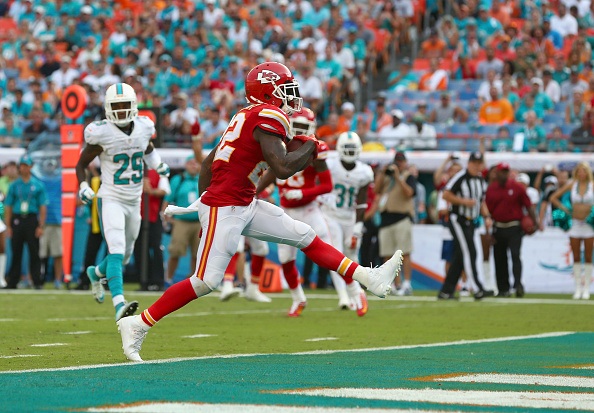 More recently, he played for the Edmonton Eskimos and the Saskatchewan Roughriders in the Canadian Football League (CFL), making his first start in the division under two months ago.

popular
Amazon Prime Video has just added 21 big movies to its library
Emirates is looking to hire cabin crew members in Ireland for tax-free jobs
Shock as dead dolphin vandalised with graffiti on Dublin beach
Amber Heard "fought really hard" to appear in Aquaman 2 despite pared down role
One of Liam Neeson's best ever performances is among the movies on TV tonight
Fianna Fáil denies paying for bots to boost Stephen Donnelly tweet
The six Eurovision countries with "irregular voting patterns" have been revealed
You may also like
3 days ago
Boris Johnson reveals he is distracted by cheese and coffee when working from home
4 days ago
Mourners attacked during funeral of Al Jazeera journalist Shireen Abu Akleh
4 days ago
Calling men bald is now sex harassment, judge rules
6 days ago
Passenger safely lands plane after pilot falls ill despite having "no idea" how
6 days ago
Peter Andre defends penis size after Rebekah Vardy's "chipolata" comments
1 week ago
Elon Musk says he would reverse Donald Trump's Twitter ban
Next Page