Police officers were pelted with bottles when they raided the makeshift nightclub.

Police in the UK issued 70 fines after discovering an illegal nightclub in Birmingham in the early hours of Sunday morning (14 January).

Footage showed approximately 150 people at the party, who were all breaking lockdown guidelines.

When breaking up the party, police officers were pelted with bottles by those in attendance. One police officer suffered injuries as a result.

🎶 This is the moment our officers found a packed nightclub – boasting a VIP area and DJ - which had been illegally set up near Birmingham’s Jewellery Quarter.

Officers had bottles thrown at them as they moved to break up the gathering.

West Midlands Police said they had received information that part of a building on Buckingham Street had been turned into a bar. 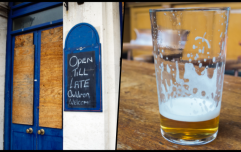 END_OF_DOCUMENT_TOKEN_TO_BE_REPLACED

After witnessing taxis drop people off at the venue on Saturday night, officers forced their way inside to find 150 people packed into the building across two floors.

As well as the bar, which had neon signs and a dance room, officers came across a recording studio and gym.

One sign in the bar showed that that the venue had been renamed as 'The Covid Arms'.

50 people escaped without receiving a fine, while 70 people will have to pay £200 for being there. 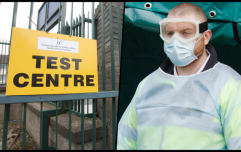 END_OF_DOCUMENT_TOKEN_TO_BE_REPLACED

Assistant Chief Constable Chris Todd said: "Our officers continue to work long and hard to protect the public and reduce the spread of this deadly virus by breaking up these gatherings, often in really difficult circumstances.

"It’s unacceptable that our officers came under attack, and that one suffered a minor injury, just for doing their job and enforcing laws that are in place to keep us all safe.

"While there’s much to be hopeful of in terms of the rollout of coronavirus vaccines, people must remember that we are still in lockdown and the virus is still a real threat to communities across the West Midlands."

popular
QUIZ: Test your knowledge with this Ultimate Friends Character Quiz
House Of The Dragon is already better than Game Of Thrones
Amazon Prime Video has just added 20 very big movies to its library
The JOE Friday Pub Quiz: Week 313
Fine Gael Councillor slams attendees of cost of living crisis protests
QUIZ: Name the country for each of these non-capital cities
One of cinema's greatest flops is among the movies on TV tonight
You may also like
2 days ago
“It’s like insects are crawling all over your body.” Irish people reveal impact of Long Covid
2 months ago
People who got Covid at Christmas do not have protection from current wave, expert warns
2 months ago
12 Aer Lingus flights cancelled due to spike in Covid cases among staff
3 months ago
Covid hospital cases on the rise as Varadkar says "summer wave" could be starting
4 months ago
Almost 15 million people have died due to pandemic, says World Health Organisation
4 months ago
Severe Covid can cause brain impacts equivalent to ageing 20 years, study finds
Next Page