This isn't the kind of case you come across every day.

Amanda Warfel, 25, has been sentenced to between 45 and 90 days in prison for having sex too loud.

Her neighbours, a family of seven, claim that they had been putting up with the noise for two years. Warfel lives next door to Tanya Saylor, whose husband is terminally ill. One of the Saylor children has also been diagnosed with cancer. 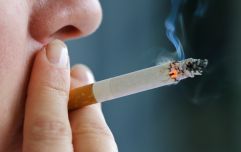 END_OF_DOCUMENT_TOKEN_TO_BE_REPLACED

Saylor reported that she had asked Warfel to keep it down when it begun, but Warfel would, during sex, describe "the acts loudly enough for the girls to hear". Cosmopolitan also reports that Warfel would call out Saylor's daughter's names and threats to the family.

Saylor also claimed in court that while her daughter receiving cancer treatment that required her to stay in bed for 10 days, Warfel had sex "nonstop, making sure that my daughter heard."

Warfel pleaded guilty today and was sentence to time she had already served.

popular
Amazon Prime Video has just quietly added 15 big movies to its library
QUIZ: Can you guess the pixelated album cover?
An unforgettable sci-fi film is among the movies on TV tonight
Irish man dies following hit-and-run in London
Travis Barker rushed to hospital after tweeting "God save me"
Gardaí issue update on investigation into murder of Sophie Toscan du Plantier
Calls for €20 social welfare increase and minimum wage of €13 in new Budget
You may also like
2 weeks ago
Aer Lingus announces flash sale on flights to America this summer
1 month ago
QUIZ: Can you name all the US States that contain 8 letters?
1 month ago
Joe Biden writes heartfelt letter to the people of Mayo
2 months ago
QUIZ: Can you identify these US cities on a map?
5 months ago
QUIZ: Can you name all the US states with a smaller population than Ireland?
1 year ago
US and Australia use 'crime app' to arrest hundreds across 18 different countries
Next Page