They'll also need to give current and previous email addresses and phone numbers.

It was revealed on Thursday that the State Department in the U.S. would be seeking all visa applicants to the country to submit their social media accounts along with their visa applications.

Along with this, they will also be required to submit all of their email addresses and phone numbers for the last five years. 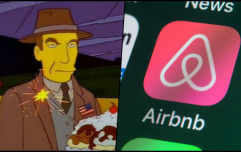 Airbnb is making its ban on parties permanent

END_OF_DOCUMENT_TOKEN_TO_BE_REPLACED

According to the New York Times, these new additions to the visa applications will be published in Friday's Federal Register and the State Department has said it wants the public to comment on the proposed new requirements.

Previously, these requirements were only asked of specific applicants who were placed under additional scrutiny, such as those who have travelled to areas that are controlled by terrorist organisations.

This usually involved around 65,000 people per year, but with the new expansion of the additions, that number will go up to approximately 15 million people every year.

If the new documents are approved, then all visa applicants will need to present a list of their social media platforms - Facebook, Twitter, Instagram, etc. - and provide the account names for each of those, as well as any previous accounts they may have had in the last five years.

popular
Cancer campaigner Deborah James passes away aged 40
Met Éireann issues Status Yellow rain warnings for five counties
Calls for €20 social welfare increase and minimum wage of €13 in new Budget
16 brand new apprenticeship programmes launched to meet target of 10,000 apprenticeships by 2025
Wheelchair user dies after falling into the water at Dún Laoghaire pier
Amazon Prime Video has just quietly added 15 big movies to its library
WATCH: Colin Farrell could be up for an Oscar in true-life thriller Thirteen Lives
You may also like
1 month ago
New staff making a "valuable difference" as wait times at Dublin Airport improve ahead of busy summer
1 month ago
Virgin Atlantic flight turned around as pilot had not completed final flying test
1 month ago
“Ambitious” 3,500km national cycle network proposed for Ireland
1 month ago
Two Irish beaches named among 40 of the best in Europe
2 months ago
Australia looks to tempt Irish working holidaymakers with €10 flights Down Under
2 months ago
Ireland's newest regional airline launches big recruitment drive, with staff travel privileges
Next Page