"We need to reshape BBC News for the next five to 10 years in a way which saves substantial amounts of money."

Approximately 450 jobs are set to be cut by the British Broadcasting Corporation (BBC) in a bid to meet its savings target of £80 million by 2022.

The affected positions concern BBC's news division, with BBC Two's Newsnight, BBC Radio 5 Live and the World Update programme on BBC's World Service all expected to be hit by cutbacks. 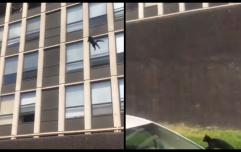 END_OF_DOCUMENT_TOKEN_TO_BE_REPLACED

"The BBC has to face up to the changing way audiences are using us," said BBC News chief Fran Unsworth in a statement issued on Wednesday.

"We need to reshape BBC News for the next five to 10 years in a way which saves substantial amounts of money. We are spending too much of our resources on traditional linear broadcasting and not enough on digital," Unsworth added.

Currently, the BBC employs roughly 6,000 people, a number that includes 1,700 outside the UK.

In 2016, it was announced that the BBC needed to save £800 million. To date, the corporation has successfully reduced that number by £40 million.

The corporation noted that its budget will be around £480 million per year following the cuts.

Victoria Derbyshire, whose show has been cut, was among those voicing opposition to Wednesday's news, live-tweeting the announcement as it happened internally.

Derbyshire also responded to claims that her show's audience was too small and limited to an older viewing audience, noting that she and her team achieved what was originally asked of them. 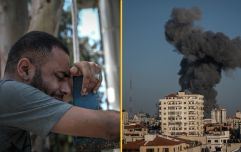 END_OF_DOCUMENT_TOKEN_TO_BE_REPLACED

"We were NEVER asked to grow the linear TV audience," Derbyshire said.

"Ever. We were asked to grow our digital audience - we did - our digi figures are huge (our successful digital figures appear to be an inconvenience to those making the decisions.

"Our remit when we set up: 1) Original journalism, 2) Reaching underserved audiences, 3) Growing the digital figures. We achieved all three."

Our remit when we were set up:

popular
The JOE Friday Pub Quiz: Week 243
The original cast for The Fast & The Furious was going to be very, very different
Here are the best movies on TV this evening
Gardaí unveil new all-terrain frontline patrol vehicles for border counties
QUIZ: How many of these characters from The Simpsons can you name?
The 50 most iconic songs of all time* have been revealed
Portobello Plaza will be closed this weekend due to "completely unacceptable" behaviour in recent weeks
You may also like
2 days ago
9-year-old boy killed by lightning strike while playing football
2 days ago
UN envoy warns Palestine and Israel conflict heading towards "full-scale war”
5 days ago
UK to allow "friendly, intimate contact" from 17 May as lockdown restrictions ease
5 days ago
Out of control Chinese rocket lands in Indian Ocean close to the Maldives
1 week ago
"Giant" piece of Chinese rocket set to hit Earth this weekend
1 week ago
Irish Government hits back after reports UK authorities will ban Troubles-era prosecutions of British soldiers
Next Page