It comes as Leo Varadkar said on Tuesday that the reopening of nightclubs in the UK "would concern us greatly".

UK Prime Minister Boris Johnson has hit back at claims that the full UK reopening on 19 July will lead to chaos.

Johnson announced on Monday that from 19 July it will no longer be a legal requirement that people have to wear masks in certain settings, with other restrictions such as on the size of events also to be lifted. 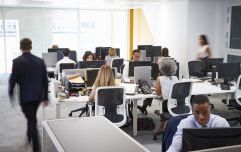 END_OF_DOCUMENT_TOKEN_TO_BE_REPLACED

During Prime Minister’s Questions in the House of Commons on Wednesday, Johnson said that the UK is "seeing a wave of cases because of the Delta variant” but that “scientists are also absolutely clear that we have severed the link between infection and serious disease and death”.

“Currently there are only a 30th of the deaths that we were seeing at an equivalent position in previous waves of this pandemic,” he said.

“We’re getting on to taking the tough decisions to take this country forward. We vaccinate, they vacillate. We inoculate Mr. Speaker while they’re invertebrate," he continued.

It comes as Leo Varadkar said on Tuesday that the reopening of nightclubs in the UK "would concern us greatly" as all restrictions are set to be eased in UK from 19 July.

Speaking to reporters at Government Buildings, he said that the decision to push back the reopening of indoor dining in Ireland was “the right decision."

The Tánaiste said the Government is concerned about “packed" West End theatres and nightclubs as he described the UK's decision to lift all coronavirus restrictions as a "gamble". 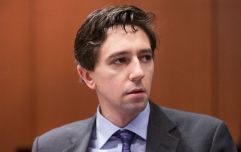 END_OF_DOCUMENT_TOKEN_TO_BE_REPLACED

“The UK decision was a gamble, quite frankly, a gamble that we were not willing to take," he said.

“What was announced in Britain yesterday was, in my opinion, too risky.

“The prospect of packed theatres in the West End and nightclubs in Manchester packed to the rafters is one that would concern us greatly in this country quite frankly.”

The Big Reviewski || JOE · The Big Reviewski with Y: The Last Man, that Malignant ending & a secret streaming service
popular
Cash, Rolexes, cars and one Canada Goose jacket seized in major Garda raid
Man (40s) in critical condition following serious road collision in Cork
You could be shopping in an Aldi store with no checkouts in Ireland in the near future
Government announces special €1,860 payment for laid-off workers during pandemic
Men arrested trying to cross New Zealand border with boot full of KFC
New special payment for workers laid off during pandemic - Who is eligible and what are they entitled to?
QUIZ: Can you 100% this tricky Oasis quiz in just three minutes?
You may also like
4 days ago
NPHET gives green light to further easing of restrictions from Monday
5 days ago
Irish pubs and nightclubs could be given 6am closing time after 22 October reopening
5 days ago
Date, acts and location for Irish nightclub pilot event finally announced
6 days ago
HR Specialist says employers are "legally not allowed to ask" if employees have been vaccinated
6 days ago
Further restrictions may still be required in the future, says Tony Holohan
1 week ago
UK confirms planned use of vaccine passports in nightclubs will be scrapped
Next Page