The UK government has announced plans for a new immigration system to manage the entry of workers into the country from January 2021.

Under the plans, EU migrants will be treated the same as migrants from the rest of the world.

The UK government has published these proposals after considering recommendations from advisors in the Migration Advisory Committee (MAC). 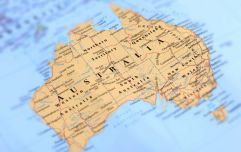 END_OF_DOCUMENT_TOKEN_TO_BE_REPLACED

Boris Johnson has previously said the Common Travel Area between the UK and Ireland will not change post Brexit.

The Common Travel Area, which pre-dates both countries' EU membership, allows Irish and British citizens to move freely and reside in either jurisdiction.

The aim of the changes is to limit the number of low-skilled workers entering the UK but allow easier access for higher skilled workers to get a visa.

In a statement on Wednesday, the UK government said that to get a visa, applicants from the EU and the rest of the world must:

These three criteria will give applicants 50 points, but they must reach 70 in order to qualify for entry.

There are a few ways applicants can gain extra points like earning more than £25,600 (worth 20 points), or through having better qualifications (10 points for a relevant PhD; or 20 points for a PhD in science, technology, engineering or maths), or else have an offer of a job in an area where the UK has a shortage (20 points).

Currently, those from within the EU do not need a visa to work in the UK but there is already a points system in place for workers from the rest of the world.

House of Rugby Ireland · Quinn Roux on finding a home in Ireland and Mike McCarthy brings the absolute HEAT!
popular
OFFICIAL: Peaky Blinders will end after the sixth season
The JOE Movie Quiz: Week 85
Joe Biden inauguration rehearsal paused as Capitol building goes into lockdown
QUIZ: Name all the countries of the EU that contain 2 vowels or less
Eight more people with Covid-19 have died in Ireland, 2,121 new cases
QUIZ: Can you name the Marvel Cinematic Universe film from just a single screen shot?
Garda issue warning about courier payment scam
You may also like
4 days ago
Armie Hammer drops out of Jennifer Lopez film amid social media controversy
4 days ago
Cori Bush denounces Trump as "white supremacist" to chorus of boos
1 week ago
Amazon to remove Parler from its platforms, following Google and Apple suspensions
1 week ago
Trump supporter pictured in horns and furs charged for role in Capitol riot
1 week ago
Man who was pictured stealing Nancy Pelosi’s podium has been arrested in Florida
1 week ago
Indonesia loses contact with plane over Java Sea
Next Page