We've been here before.

Priti Patel, a conservative MP, has suggested that the UK should use the potential of food shortages in Ireland as leverage against the backstop being introduced.

A report from the British government, reported in the Times of London, suggested that Ireland could face worse food shortages than Britain in the event of a no-deal Brexit.

The report also suggested that Ireland would likely see a drop in GDP of up to 7%, against a figure of 5% for the United Kingdom.

As reported by The Times, Brexiteer Patel said that: "This paper appears to show the government were well aware Ireland will face significant issues in a no-deal scenario. Why hasn't this been pressed home during the negotiations? There is still time to go back to Brussels and get a better deal."

Since these comments were made public, Sinn Féin leader Mary Lou McDonald has called the remarks distasteful and insensitive.

“I think that statement was, for obvious historical reasons, very distasteful and insensitive and gauche. It also belies, really, a very reckless  and almost juvenile mentality,” McDonald said.

She adds: "British parliamentarians are, of course, entitled to take their position and to plough their democratic furrow. They’re not entitled to wreck Ireland. And they need to really grasp and understand that and we will stand firm in defending Irish interests and we’re not about to be bullied and we’re not about to be threatened by that MP or any other. I would hope that she would reconsider those comments and actually withdraw them from the public record; not least I think they make her look silly and intemperate."

A spokesperson for the Tanaiste, Simon Coveney, has described Patel's claims as "ridiculous." 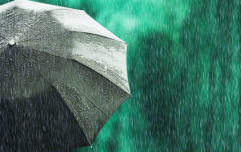 END_OF_DOCUMENT_TOKEN_TO_BE_REPLACED

Patel has since released a statement on Twitter which said: "It's clear that my comments on‘ No Deal’ have been taken out of context by some. We should go back to Brussels & get a better deal. There is still time. Let’s take back control of borders, laws & money."

It is clear my comments on‘ No Deal’ have been taken out of context by some. We should go back to Brussels & get a better deal. There is still time. Let’s take back control of borders, laws & money.

The sheer moral bankruptcy of the Tory Brexiteers is on full display today. https://t.co/nmTQEAcVJc


popular
QUIZ: Can you name the Sega Mega Drive game from the screenshot?
QUIZ: How many of these Derry Girls characters can you name?
Brendan Gleeson's upcoming performance as Donald Trump is 'scary' and 'too close for comfort'
The JOE Friday Pub Quiz: Week 179
Met Éireann predicting snow this weekend and well into next week
Britain's "iconic" post-Brexit passport unveiled, actually manufactured in Poland
A very good dog has been voted honorary mayor of a town in Colorado
You may also like
2 days ago
Army bomb squad called in over suspect device found in North Dublin
2 days ago
Two men arrested in Keane Mulready-Woods murder investigation
2 days ago
Making a Murderer lawyers to host a new true crime podcast about wrongful convictions
2 days ago
Teenage girl dies in fatal road traffic collision in Cork
3 days ago
Gardaí investigating the death of an infant in "unexplained circumstances" in Waterford
4 days ago
Investigation launched after human remains are discovered on Donegal beach
Next Page