It looks like Theresa May's gamble of a snap election has failed, and now there are calls for her resignation.

Her Conservative party still ended with comfortably the most seats, but have lost the majority vote, resulting in a hung parliament.

In a speech following the early results of the vote, Labour leader Jeremy Corbyn stated: "[May should] go and make way for a government that is truly representative of this country." 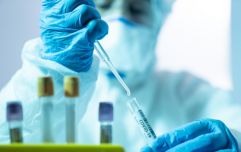 END_OF_DOCUMENT_TOKEN_TO_BE_REPLACED

"The prime minister called the election because she wanted a mandate. Well the mandate she's got is lost Conservative seats, lost votes, lost support and lost confidence. I would have thought that is enough for her to go actually."

May herself seemed to respond to these calls for resignation: "We set out to consider the issues that are the key priorities for the British people. Getting the Brexit deal right, doing what is in the national interest [...] My resolve to do that is the same this morning as it always has been."

The projections at the moment have the Conservatives ended up with between 315 and 321 seats, with 326 needed for the majority.

Labour are predicted to have between 260 and 266 seats, a massive increase from when the party was under the leadership of  Ed Miliband or Gordon Brown.

With the inconclusive results of the vote, what happens next is up to those in power.

Realistically, it will be up to either May or Corbyn to rally the support of the smaller parties to create a coalition party, and whoever gets to 326 seats first is essentially the winner.

Alternatively, they may decide to run with a minority government, which would put the party in the position of power, but unable to pass any laws without the support of the other parties who are not currently in power. 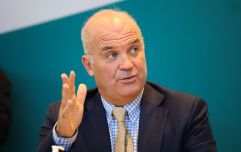 END_OF_DOCUMENT_TOKEN_TO_BE_REPLACED

Until then, May's Conservative party will remain in power until 19 June, which is when their proposed new laws would be passed in the Queen's Speech. This is also the date that the next round of Brexit talks are due to take place between the UK government and the heads of the EU.

popular
One of the best action movies of recent years is finally available to watch at home
The JOE Movie Quiz: Week 138
QUIZ: Give this General Knowledge Quiz a whirl
Irish employers urged to "take time" when lifting workplace restrictions
QUIZ: Can you name every Batman actor in three minutes?
The JOE Friday Pub Quiz: Week 278
Lisa Fallon praised as she opens up about terrifying ordeal on Late Late
You may also like
3 days ago
The world's first orbiting film studio is scheduled to be launched into space in 2024
3 weeks ago
Researchers capture footage of rare fish with transparent head
3 weeks ago
Biologist explains how you could be doing your antigen test wrong
2 months ago
After a decade on the run, Colombia's most wanted drug lord is finally captured
2 months ago
Gardaí renew appeal to help identify human remains found on Wexford beach in 1995
3 months ago
Two Gardaí assaulted during protest in Dublin City Centre
Next Page