It's shaping up to be a multiple-runner election.

A campaign which would see Éamon Ó Cuív running for a presidential nomination has been launched, with the Fianna Fáil councillor vying to move into the Áras in October.

It's understood that a letter calling for support for the TD to be the next president of Ireland has been sent to councillors all over the country. 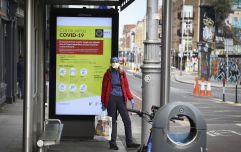 Over 1,500 fines issued by Gardaí for non-essential travel in two weeks

END_OF_DOCUMENT_TOKEN_TO_BE_REPLACED

Party leader Mícheál Martin confirmed, just last month, his party's stance of supporting current President Michael D. Higgins should he seek a second term in office, despite its Ard Fheis calling on the party to field a candidate of its own.

However, Martin decided not to impose a whip on councillors should they wish to run, opening up the local authority route for other potential candidates.

Several months ago, Ó'Cuív announced that he would not oppose President Michael D. Higgins if he ran, but has appeared to have softened his stance since.

Ollie Crowe, a Fianna Fáil councillor in Galway City, is spearheading the campaign, saying that it "absolutely" has the backing of Ó Cuív.

Speaking on Drive Time on Monday afternoon, Crowe said that the party is keen to get one of their own in the race to the Áras, with Ó'Cuív widely considered to be the best person for the job.

"We must run a candidate in the presidential election," he said.

"In my opinion, Éamon is the best elected member we have in Fianna Fáil." 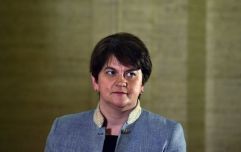 END_OF_DOCUMENT_TOKEN_TO_BE_REPLACED

He went on to claim that 95% of councillors and grassroots members believe the party should contest the Presidential Election in the autumn. Crowe also said that councillors in Sligo, Cork and Kildare want Ó Cuív to run.

The TD for West Galway and Fianna Fáil Spokesperson on Regional Development, Rural Affairs and the Gaeltacht contested the leadership of Fianna Fáil after the resignation of Brian Cowen in 2011 but lost out to Micheál Martin.

The 68-year-old hails from a political dynasty as his mother was Emer de Valera, the last surviving daughter of Éamon De Valera, former President, Taoiseach and one of the original founding members of the Fianna Fail party.

Over the weekend, businessman and Dragon's Den entrepreneur Gavin Duffy confirmed in a statement that he will also be seeking a nomination for the presidency of Ireland.

END_OF_DOCUMENT_TOKEN_TO_BE_REPLACED

Duffy swore that if he received the nomination, he would run the most "modern, dynamic, interactive election campaign possible".

The Irish President holds office for seven years and can be elected for a maximum of two terms. The election is expected to take place in late October.

Advertisement
House of Rugby Ireland · Quinn Roux on finding a home in Ireland and Mike McCarthy brings the absolute HEAT!
popular
QUIZ: Can you name all of these countries just from one of their cities?
Police called to illegal rave to find pensioners queuing for vaccine
The JOE Movie Quiz: Week 86
A Harry Potter TV show in development at HBO Max
Eamon Ryan flags the introduction of tougher sanctions for breaching the 5km travel limit
Arlene Foster says Northern Ireland testing "massively more advanced than" in Republic
John Cooney comes to defence of JJ Hanrahan after kicking criticism
You may also like
8 hours ago
Gardaí and HSE issue warning over Covid-19 vaccine scams
9 hours ago
Wealth of Irish billionaires increased by €3.3bn during Covid-19 pandemic
12 hours ago
Smokers could pay between €6,000 and €60,000 more for life insurance than non-smokers
12 hours ago
Man arrested after ramming Garda car in Donegal
1 day ago
23 further Covid-19 deaths confirmed, 1,378 new cases
3 days ago
Boris Johnson says new Covid-19 variant could be 30% more deadly than original strain
Next Page