George Michael, Carrie Fisher and Debbie Reynolds have passed away suddenly in recent days and, as is commonplace after someone dies, people discuss all that was great about them.

We've learned of George Michael's generosity and how Carrie Fisher spoke about mental illness with so much bravery and understanding. 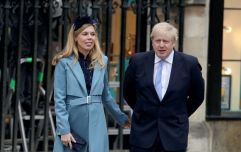 END_OF_DOCUMENT_TOKEN_TO_BE_REPLACED

On 30 November, less than a month before her death from a heart attack, the actress, writer and producer, penned a column in The Guardian giving advice to someone living with bipolar disorder.

Carrie spoke of how she was diagnosed with bipolar when she was 24 but it took another four years before she accepted it.

She also spoke of how she didn't find it easy to cope at times and praised the reader for their bravery in dealing with so much.

"The truth is, I’ve never done what it sounds like you’re doing: balancing school, home and work. I left home and school. So as difficult as it seems like it can be, you’re ahead of the game. You’re doing more than I did at your age, and that’s courageous". 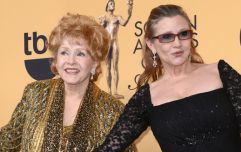 END_OF_DOCUMENT_TOKEN_TO_BE_REPLACED

She then went on to give encouragement and hope, with the below words, and no one could have known how poignant they would prove to be.

"You can let it all fall down and feel defeated and hopeless and that you’re done. But you reached out to me – that took courage. Now build on that. Move through those feelings and meet me on the other side. As your bipolar sister, I’ll be watching. Now get out there and show me and you what you can do".

You can read the article in full here.

popular
Netflix has just added 23 very big movies to its library
People want "offensive" Crown Paints advert banned after attracting hundreds of complaints
Disney+ has just added 10 big movies to its library
Human remains found in suitcases are the bodies of two children
A terrific '90s crime drama is among the movies on TV tonight
The 50 most iconic songs of all time* have been revealed
Why Bran Stark is the true villain of Game of Thrones
You may also like
2 years ago
Star Wars actor discusses the difficulty of shooting Princess Leia scenes
3 years ago
Carrie Fisher’s brother sheds light on what to expect for Leia in Episode IX
3 years ago
WATCH: Family Guy pays a hilarious and surprisingly heartfelt tribute to the late Carrie Fisher
3 years ago
The fourth and final season of Catastrophe arrives on our screens in January
5 years ago
Mark Hamill pays emotional tribute to 'Princess Carrie Fisher' during awards show In Memoriam segment
5 years ago
#TRAILERCHEST: It's here! Star Wars: Episode VIII - The Last Jedi trailer is here and it's amazing
Next Page