"We don't need to think that weight is a dirty word."

The Portumna native made headlines on Thursday morning with her controversial suggestion that weighing children in schools should become "the norm".

END_OF_DOCUMENT_TOKEN_TO_BE_REPLACED

The Joint Committee on Children and Youth Affairs were discussing tackling childhood obesity when Rabbitte made the suggestion, adding that a database is needed to monitor the problem.

"The norm I talk about is the setting because with the other representatives we had in from the various teaching unions and stuff like that, they spoke about the stigmatisation, the bullying aspect," she said.

"I believe if the normalisation starts at the early intervention years, it's just normal, it's part of the data. It's the collection of it, it's no different." 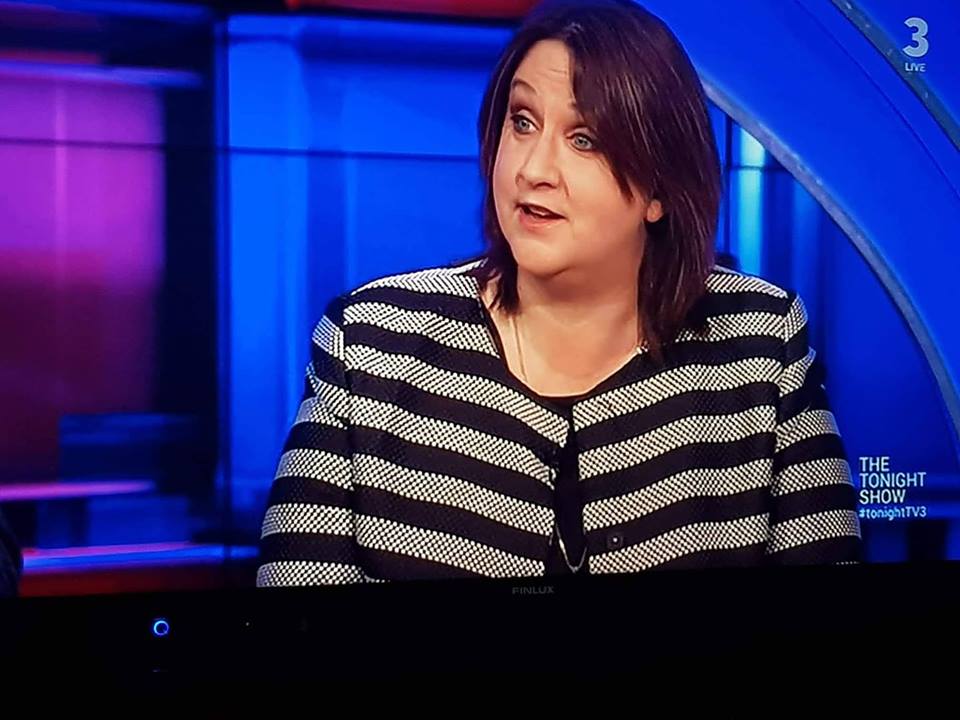 Speaking to JOE, Rabbitte mentioned that similar systems are already in place.

"What we want to do is gather data. And how can we gather the data without weighing people?

"To be fair to the Departments of Children, Health and Education, I asked the question [at the Joint Committee on Children and Youth Affairs], 'So, what's your plan for weighing children?'

END_OF_DOCUMENT_TOKEN_TO_BE_REPLACED

"They thought about it but said they don't weigh children. Then, Dr Kate O'Flaherty (the medical representative) said that, actually, they do weigh children every second year and feed it into a national strategy.

"The thing with the Department of Health is that they've the best policies in the world but not the best actions.

"They got it written as part of national obesity plan, that as part of the new GP contract they weigh children at two and five years of age. However, that's assuming that every child goes to the doctor at those stages. You can't assume that.

"What I'm suggesting is that we have one entry point. I want to start it in the first year ECCE (Early Childhood Care and Education)."

This would see children be weighed in their first year of preschool, aged two-and-a-half.

Rabbitte continued to say that the programme would benefit children of all kinds, not just those who struggle with obesity.

"The flip side is not just about children that are overweight. Weighing children will also allow data to be stored on children who may be anorexic or suffering from other underlying conditions.

"What I'm saying is that we need a cultural change, and this must start from the generation that is in the obese bracket; their parents. Children shouldn't feel that having a bit of weight on you is the end of the world. It's all to do with body changes, and sure that happens naturally and is taught in school.

END_OF_DOCUMENT_TOKEN_TO_BE_REPLACED

The most important thing is that it has to be done in conjunction with parents. The parents must buy in."

This isn't the first time the move has been suggested.

Six years ago, Dr Edna Roche, consultant paediatric endocrinologist at Tallaght Hospital and head of paediatrics at Trinity College suggested the same thing in a bid to halt the worsening obesity crisis.

Children under the age of six are already entitled to free visits to a participating GP.

Earlier in the year, Rabbitte wrote to Professor Donal O’Shea, Clinical Lead on Obesity, as well as Minister for Health Simon Harris and the Minister for Communications Denis Naughten asking them to address the sponsorship of the Big Big Movie on RTÉ by McDonalds.

“Thousands of children look forward to sitting down in front of the Big Big Movie every Saturday, and it is not right that they are encouraged to associate this fun leisure time with fast food."

Meanwhile, the Department of Education says it has no intention to ban schools from having vending machines.

As of May 2018, Irish men score the highest body mass index (BMI) in Europe. Irish women rank third in this category, and one in four children in Ireland are now classified as overweight or obese.

Figures show that 75% of obese children risk remaining obese into adulthood ­— thus bringing with them an increased risk of heart disease and stroke as they age.

By 2030, Ireland will be the most obese country in the EU, according to the World Health Organisation.

The Big Reviewski || JOE · Mortal Kombat director Simon McQuoid and new Sub-Zero star Joe Taslim on fatalities and fight scenes
popular
The JOE Friday Pub Quiz: Week 242
Here are the best movies on TV this evening
Kate O'Connell lays into Fine Gael in explosive Claire Byrne interview
"I'm not apologising to anybody." Eoghan Harris calls banned anonymous Twitter account "benign"
COMPETITION: Win a star-gazing camping adventure to the stunning Aran Islands for you and your housemate
"Giant" piece of Chinese rocket set to hit Earth this weekend
The 50 most iconic songs of all time* have been revealed
You may also like
8 hours ago
Status yellow rain warning issued for Cork and Waterford ahead of miserable-looking weekend
9 hours ago
Kate O'Connell lays into Fine Gael in explosive Claire Byrne interview
9 hours ago
Penneys shopping by appointment booking portal is now live
10 hours ago
Sudocrem to close Dublin plant and move production to Bulgaria
13 hours ago
Sunday Independent terminates columnist's contract after discovering fake Twitter account
1 day ago
Seven cases of the Indian variant of Covid-19 detected in Northern Ireland
Next Page