Yes, the face mask is included - however, the chair is not.

A popular online store is selling an €85 costume inspired by the viral Bernie Sanders meme.

US clothing store, Dolls Kill is selling a 'Once Again Asking' costume set so you can channel your inner US politician this Halloween, if that's your thing of course. 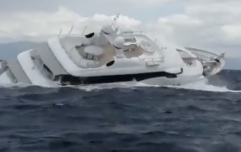 END_OF_DOCUMENT_TOKEN_TO_BE_REPLACED

The sub-section of the site, Trickz N' Treatz, described the costume as a way "for you to be a viral internet meme".

"This Bernie inspired costume comes with a grey coat, cozy mittens, and a face mask for a total insta-worthy moment," the description continues.

The costume comes complete with mittens, a mini-dress version of a grandad coat... and a plain blue face mask. However, you'll have to provide your own chair.

Bernie Sanders on Joe Biden's inauguration day has made waves across the internet earlier this year, sparking thousands of photoshopped memes on social media - including this pretty stellar one from Ryan Reynolds himself featuring Deadpool and the Vermont Senator. 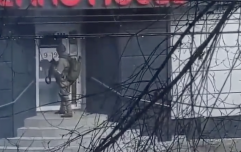 END_OF_DOCUMENT_TOKEN_TO_BE_REPLACED

The photo of the independent politician donning mittens and a cosy grandad coat has seen Sanders photoshopped into historical moments, movie scenes, famous paintings and more.

The meme was so popular that a handmade crocheted doll inspired by the viral inauguration meme even raised more than $40,000 for Meals on Wheels America when it was sold in an online auction earlier this year.

It's a solid idea - but we'd prefer to see some nods to the iconic Matt LeBlanc meme this Halloween instead.

popular
The JOE Friday Pub Quiz: Week 324
The "eighth best movie ever made" is among the movies on TV tonight
Irish woman selected for first civilian mission around the Moon
15 years ago, one of the greatest scenes of the 21st century arrived in cinemas
New country-wide weather warnings issued as temperatures set to drop to -6 this weekend
Jennifer Lawrence sparks controversy by saying she was the first woman to lead an action movie
The start of the superhero takeover of Hollywood is among the movies on TV tonight
You may also like
6 months ago
Johnny Depp case: Man who went viral on TikTok claiming to be a juror admits it was a 'prank'
9 months ago
Everyone is baffled by this optical illusion showing different numbers
1 year ago
Who started the 'plant one tree for every pet picture' trend on Instagram?
1 year ago
Priest blesses local nightclub in the most Donegal thing imaginable
1 year ago
Make "No Bones" about it - this dog has taken over TikTok
1 year ago
"Only in Dublin" - Viral clip sees three men remove sofa from window with sweeping brushes
Next Page