If you only listen to one thing today, make it this.

Despite spending the majority of his time in the US, Colin Farrell always keeps a close eye on the pressing issues in Irish society because the Golden Globe winning actor has frequently lent his support to a variety of social causes, groups and campaigns in Ireland.

For example, he has frequently supported LGBT rights, the Special Olympics and the Marriage Equality camapign, to name but a few. 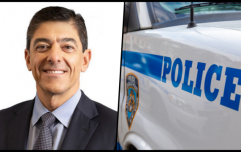 END_OF_DOCUMENT_TOKEN_TO_BE_REPLACED

The escalating homeless crisis is also an issue that's close to Farrell's heart, and he was more than happy to chat about Apollo House, inequality and addiction during an interview with Ryan Tubridy this morning.

In typical self-deprecating form, Farrell started the interview by saying that any talk of his Hollywood career is "boring" when compared to the bigger issues at hand.

To anyone that might think Farrell's perspective of the world is 'influenced' by his wealth, he had this to say : “I know I’m over in America and life is grand for me, but it doesn’t mean that I don’t give a s**t about what’s going on". He continued to speak an incredible amount of sense in an incredibly articulate and passionate interview.

END_OF_DOCUMENT_TOKEN_TO_BE_REPLACED

The Phone Booth and Minority Report actor is a patron of the Irish Homeless Street Leagues - in his own words "they provide provide an opportunity for those who are living without a roof over their head, or a warm bed to sleep in, to feel like they're a part of a community, that they're included and empowered in their lives" - so his views on the issue of homelessness are just as valid as any expert or politician.

While championing for an increase in funding for the Irish Homeless Street Leagues and the Homeless World Cup, he was quick to draw parallels with his own life.

The actor frequently mentioned the fact that he too was given a second-chance after his battles with addiction, and that as a country, Ireland "pride's ourselves on being caring, inclusive and hospitable, but it's time for the politicians to deal with the fact that our population is aghast at what's going on (homelessness)". 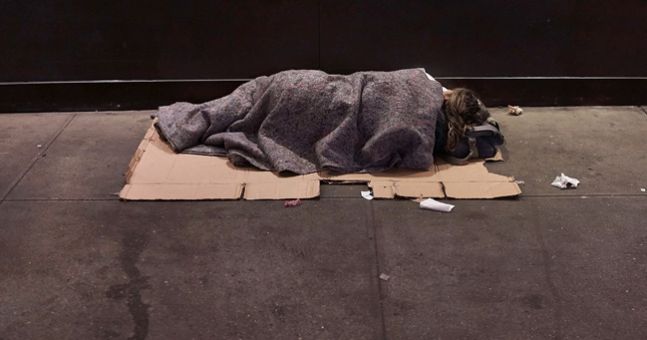 END_OF_DOCUMENT_TOKEN_TO_BE_REPLACED

He added: “It’s absolute insanity. How many houses around the country are empty and reclaimed by the banks? I’m no politician and I’m certainly no economist and I certainly don’t have any clear fiscal answers to the issues. I get it, I’m an actor, and I’m a mouthpiece but its outrageous and it’s unnecessary. But something has to happen. It’s time that politicians really stepped up to the plate and started putting structures in place, starting working on healthcare, to help these members of our society."

Farrell also said that government-funded projects, like the Millennium Clock and the Spire, were frivolous expenditures, especially when compared with the fact that this money could be spent on helping people in the country.

He said: "It’s shocking...the Spire is fantastic, but there should have been nothing like a Spire ever put on O’Connell Street....you know, let pot holes remain, let people puncture their tires. Money should be going into those people who can’t take care of themselves, who could be any of us, whether it’s children who are waiting in line. What is the waiting time for a child to get into Crumlin? To get into any of the hospitals where they need the care? And those of us who have fallen on hard times for a plethora of reasons and are without homes and are literally dying on the street.

“Refugees in their own country...they’re basically refugees in our own land and that’s shocking. And there is no structure around it", he added.

Here's the interview in full and if you ever needed another reason to love Colin Farrell, have a listen.

popular
Budget 2023: Cigarettes going up, energy credits announced, child and social welfare increases confirmed
Two new 24-hour bus services are coming to Dublin
An action horror classic is among the movies on TV tonight
CONFIRMED: Renters to benefit from €500 tax credit as part of Budget 2023
An underseen disaster film is among the movies on TV tonight
Female child and woman in critical condition after incident in Clare
Jeffrey Dahmer’s dad thinks he knows what’s to blame for son becoming a serial killer
You may also like
1 week ago
Upcoming Matthew McConaughey true-life soccer movie axed due to "disturbing allegations"
4 months ago
Ireland's first ever "Bar Manager Apprenticeship Degree" to launch this week
4 months ago
WATCH: Chaos unfolds in Israeli airport when a US family tried to bring bombshell back home
5 months ago
Gardaí appeal for witnesses following serious assault in Dublin
5 months ago
Man arrested after a woman is fatally stabbed in Antrim
8 months ago
Spotify to pull Neil Young music after he slammed Joe Rogan podcast
Next Page