COMMENT: Jim Jefferies telling Piers Morgan to 'f**k off' is exactly the problem

Don't agree with someone's opinion? Insult them. Tease them.

Don't agree with someone's opinion? Riot and attack a college campus to force a speaker to flee and cancel his event.

Don't agree with someone's opinion? Stick your middle finger into the air and tell him to fuck off.

END_OF_DOCUMENT_TOKEN_TO_BE_REPLACED

This is the world we're living in at present. This is modern day politics.

Jim Jefferies had two options on that episode of Real Time when he came face to face with Piers Morgan:

He could've actually listened to what Piers Morgan had to say. He could've heard his points that obviously he held such contempt for. Then, he could've performed this crazy act of lunacy and actually engaged with Morgan. He could've debated him. He could've picked his points apart - offered a counter argument and, more importantly, tried to persuade the people watching of a different way of thinking.

Or, or… he could've just roared 'fuck off' twice, sat back and took a well-earned drink, lapping in the applause all the while.

Anyone who doesn't agree with the Donald Trump administration and the policies he's enforcing, that was the height of opposition you were offered at the weekend to help your cause. That was the most Jefferies could articulate his resistance. Fuck off.

He was pandering to the gallery, anyone could see that, but what's worse is that the gallery was wowed as the crowd cheered and laughed and banged their hands together not realising that this is exactly the problem.

END_OF_DOCUMENT_TOKEN_TO_BE_REPLACED

This is why the left are losing out in the western world - because somewhere along the way the left has lost the art of debate. Or at least lost the patience to debate.

We're going through an era where the world has never been smaller and louder so, basically, the more aggressive your cries, the more ridiculous you sound, the more you stand out.

But we've become so incensed with these people that we don't even bother to engage anymore - not more than an insulting label or a dismissive name taunt here and there anyway.

We're so offended by an opposing outlook now that the term 'right wing' is whispered in some corners because there's this stigma attached to that stance that it somehow constitutes you as radical and irrational.

We've become so annoyed and hysterical at anyone with a different view on the world that Milo Yiannopoulos can't speak in a university without riots breaking out and the whole thing being shut down.

We've become so desperate that JK Rowling says that Jim Jefferies' two-word surrender was Piers Morgan being called out for his bullshit on live TV. Is that really the best we can do?

END_OF_DOCUMENT_TOKEN_TO_BE_REPLACED

The way the narrative followed on Saturday, talking about Morgan being 'owned', you'd swear that they had actually achieved something. When the truth is that anybody they needed to listen didn't actually give a toss about those faux victories you get from playing to the audience.

Nobody really bothered to take Piers on when he said it wasn't a Muslim ban, when Trump himself said it was a Muslim ban. The idea was flirted with but then fuck off was preferred.

Jefferies or anyone on that panel could've just quoted some statistics on how guns are a bigger threat to civilians in the United States in recent times than Islamic terror and how the lack of change by the last administration - and now this administration - on gun laws is worrying. Morgan would've agreed.

Instead, all we got was some disgraceful comparison between the new president and Adolf Hitler, the same man who plotted and executed the most brutal systematic mass murder that this world has ever and will ever see.

All we get is overreactions nowadays and no-one actually stops to ask why Donald Trump - Donald bloody Trump - won a fair and free democratic election. No-one asks why this keeps happening.

Why is there a Tory-majority government in the United Kingdom? How on earth did Brexit even come close to happening?

We've become so disillusioned that we are now the intolerant ones screaming insults at anyone on another side of the fence. It's almost a race to call someone evil or racist when they express a nationalist or a conservative way of looking at things.

Donald Trump is merely following through on the same promises that got him elected. A lot of Americans are happy about what he's doing - in both his immigration policy and his attitude to the economy - whether you like it or not and whether you're offended or not. That's something we have to deal with.

He won because people voted for him and, so far, the most audible response coming from the left is hysteria, protests, and even riots.

Then, of course, you have people talking about how many votes he won compared to Hillary Clinton. As if there are different levels of being president: Yeah, he won but if he won by that amount then he really would be president. As if all this hasn't been defined and respected in the constitution. As if all this even matters anymore. 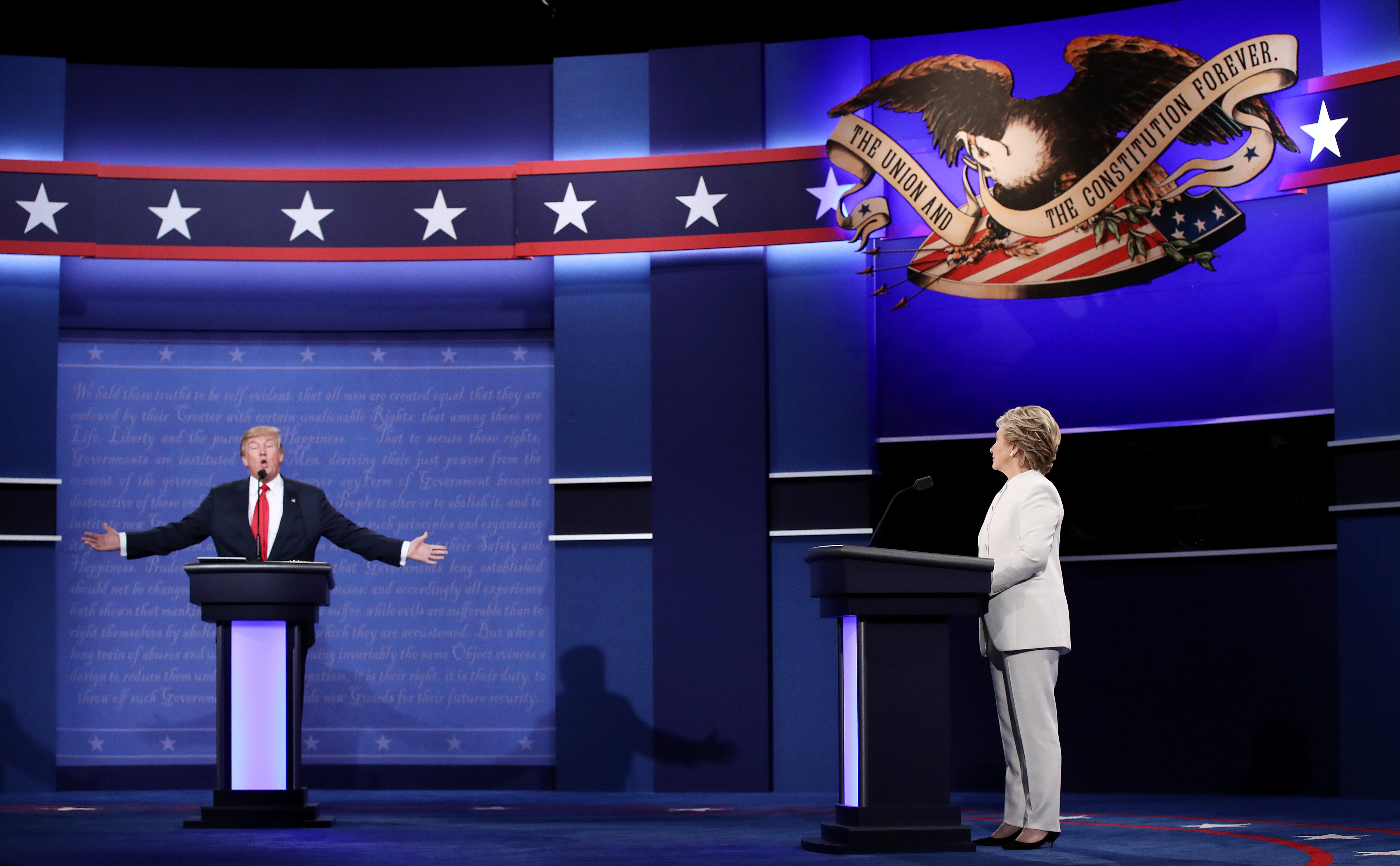 Through all these unhelpful and undignified retorts, we're just pushing more and more people away. Young folk see talks getting shut down and they ask why. They see apathy and broken promises. They see someone like Piers Morgan getting shouted and applauded over the top of and they do not like the way culture is changing. The way it's suddenly okay to bark and howl at someone in a political debate - as long as you're on the right side of that debate.

They see the race to be offended, the mass overreactions, the labels and then they find themselves suppressed into silence, afraid to even offer a reason why someone might be thinking like they are. They feel like they can't talk about these things anymore and, worse than that, they're not being given the platform to talk anymore because now, more often than not, when we're confronted with someone with right wing views, we just call them something or tell them to fuck off.

We never just listen to their thoughts. We don't talk to them and convince them otherwise. We shut them down. We ignore them and we laugh at them.

So they wait for the ballot boxes. Then they have their say. Then they fight back.

And it's all our faults.

House of Rugby Ireland · Quinn Roux on finding a home in Ireland and Mike McCarthy brings the absolute HEAT!
popular
Snow and ice warning issued for seven counties
Xbox reveals full list of exclusive games arriving in 2021
The 50 most iconic songs of all time* have been revealed
11 arrested at planned protest at the Four Courts
Tom Hanks has addressed the rumours that he'll run for President in 2020
RTÉ publishes list of top on-air earners for 2017 to 2019
20 of the best Irish movies you can watch at home right now
You may also like
11 hours ago
Donald Trump hints at potential second term as he officially leaves White House
1 day ago
Joe Exotic has limo waiting as he expects presidential pardon from Donald Trump
5 days ago
Macaulay Culkin calls for Donald Trump cameo to be removed from Home Alone 2
1 week ago
Donald Trump becomes first US President to be impeached twice
1 week ago
US government website says Trump's presidency ends this evening
1 week ago
Nancy Pelosi says House will proceed with impeaching Donald Trump
Next Page