You probably haven't heard of this place, never mind recognise the number.

Several people across Ireland are complaining about receiving strange phone calls from people from 'Comoros' with a number prefix of +269.

While many are letting the phone ring out and completely ignoring it, others have said that when they answer the phone call, nothing happens and nobody speaks.

This is an incentive for you to talk first or for you to ring the number back, which charges your phone bill at premium rates.

Just answered a call from Comoros!! Damn my quick hands

They hung up! I'll never know

I didn’t even know there was a country called Comoros 🇰🇲 until today. These scammers are teaching my new useless fact of the day😂👍🏼 pic.twitter.com/2cLUoczbOV

This is not a call from Lionel Richie’s backing band, it’s a scam. Don’t return the call if you get one. pic.twitter.com/6ucKi3yJ1f

Comoros or The Comoro Islands are situated off the south-east coast of Africa and are also near Mozambique and Madagascar, so unless you know someone from there, you are being advised to ignore it. 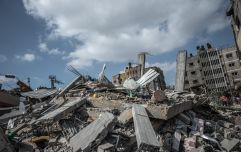 END_OF_DOCUMENT_TOKEN_TO_BE_REPLACED

This scam follows on from a similar event in September when people received missed calls from the Seychelles, Tonga, Mauritania and Chad, so if you see these numbers, do not answer or call back either.

Ireland’s communications regulator ComReg has warned that these could be scam calls and that people should be vigilant when answering or ringing back unknown numbers.

Consumers can contact ComReg on consumerline@comreg.ie or by calling 01 804 9668 or if you need more information, you can visit the Competition and Consumer Protection Commission (CCPC) website.