"There is an anxiety there."

Irish teachers have expressed fresh concerns over the transmission of Covid-19 in schools as the academic year begins to take shape.

Contact tracing in schools continues to be a subject of debate, with high levels of testing within close contacts related to approximately 800 schools reported over the past week.

END_OF_DOCUMENT_TOKEN_TO_BE_REPLACED

The Health Service Executive of Ireland (HSE) has noted that the positivity rate is not rising as a result of these specific tests.

In conversation on RTÉ Morning Ireland on Monday (6 September), General Secretary for the Teachers' Union of Ireland (TUI) Michael Gillespie agreed that the lack of rise in the positivity rate was "very good news" but nonetheless called for caution.

"Remember, schools are going back with the Delta variant, which is far more transmissible than when we closed with the Alpha variant. There is anxiety about it, but so far the news is good and we need to maintain the mitigation measures – good masks are important, ventilation... because the Delta variant is more airborne than the Alpha variant was."

Asked what further measures teachers require in schools to further ensure a safe environment, Gillespie expressed concern over an insufficient amount of CO2 monitors that were previously promised by government.

"There's a problem there," he began.

Woman in her 90s dies following road crash in Clare

END_OF_DOCUMENT_TOKEN_TO_BE_REPLACED

"Teachers and students have risen to every difficult challenge when Covid hit but it's unacceptable now that the Department [of Education] has not met their commitment that the CO2 monitors would be in schools by September.

"Most schools, they have not arrived in yet. And they're a key tool in ventilation. Fresh air is important now because the Delta variant is more airborne. They haven't arrived in schools as promised. Schools are still waiting for them, they're up and running – this week, schools will be fully up and running. There will be no staggered returns. Everything is going full ahead."

Gillespie noted that there is a "scarcity" of CO2 monitors available, particularly given that there is sudden demand from the UK to adopt the practice, also.

"They were purchased centrally and they are being delivered centrally... we believe enough have been ordered and they should be in and hopefully they will be delivered without delay." 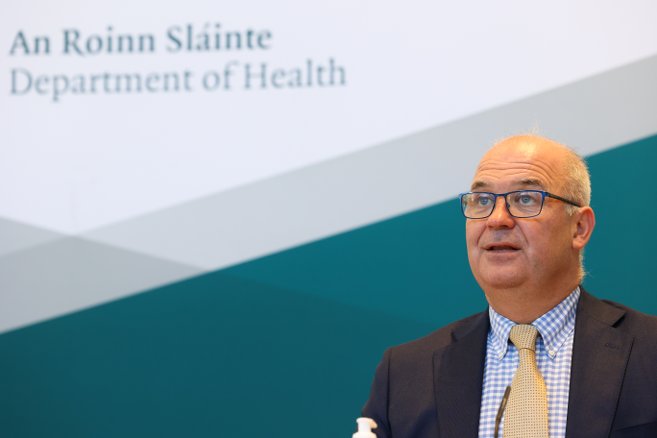 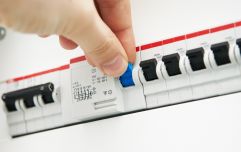 Thousands of homes without power due to Storm Barra

END_OF_DOCUMENT_TOKEN_TO_BE_REPLACED

Following the return of schools last Monday, Chief Medical Officer Tony Holohan said that schools were not a major source of disease transmission.

"It is important to highlight to both children and their parents that considerable preparations have been made across the country to reopen schools safely," he said.

"Our data clearly shows that, to date, the school environment was not a major source of disease transmission. Parents, please keep in mind the symptoms to look out for and do not send your child to school if they display any of them, instead help them to isolate and contact you GP for advice and arrange a test if appropriate."

The CMO also encouraged children to be cautious when meeting friends outside of school environments which he described as settings where "outbreaks" have occurred frequently in the past.

"I would also urge caution when participating in activities with classmates outside the school environment, which have proven to be settings where outbreaks and transmission in children have occurred in the past."