"It is going to be a difficult winter."

Almost 70% of intensive care patients being treated for the Covid-19 virus have not been vaccinated, according to the Director-General of the Health Service Executive of Ireland.

Though the country was recently hailed worldwide for its Covid resilience and is currently on track for the wholesale lifting of restrictions on Friday, 22, October, HSE chief Paul Reid sounded a note of caution on Newstalk Breakfast on Monday.

END_OF_DOCUMENT_TOKEN_TO_BE_REPLACED

Elaborating on the "very significant" pressure facing the Irish healthcare system in the coming months, Reid noted that staff are feeling the strain.

"It is going to be a difficult winter," Reid said.

"You can see some of the pressures on our staff – many of them are exhausted [after] four waves of Covid and a cyber attack.

"Having said that, we are putting in a number of initiatives throughout winter, funded by the Government again this year to support the hospital system. Sometimes, a lot of the supports we need to put in for the hospital system are outside in our community.

"We have a lot more initiatives about keeping people safer at home, putting some clinics outside of the hospitals, even out-patients lists not being done in the hospital but in the community, community intervention teams that we will have in place throughout winter; multi-disciplinary teams working to give people care at home." 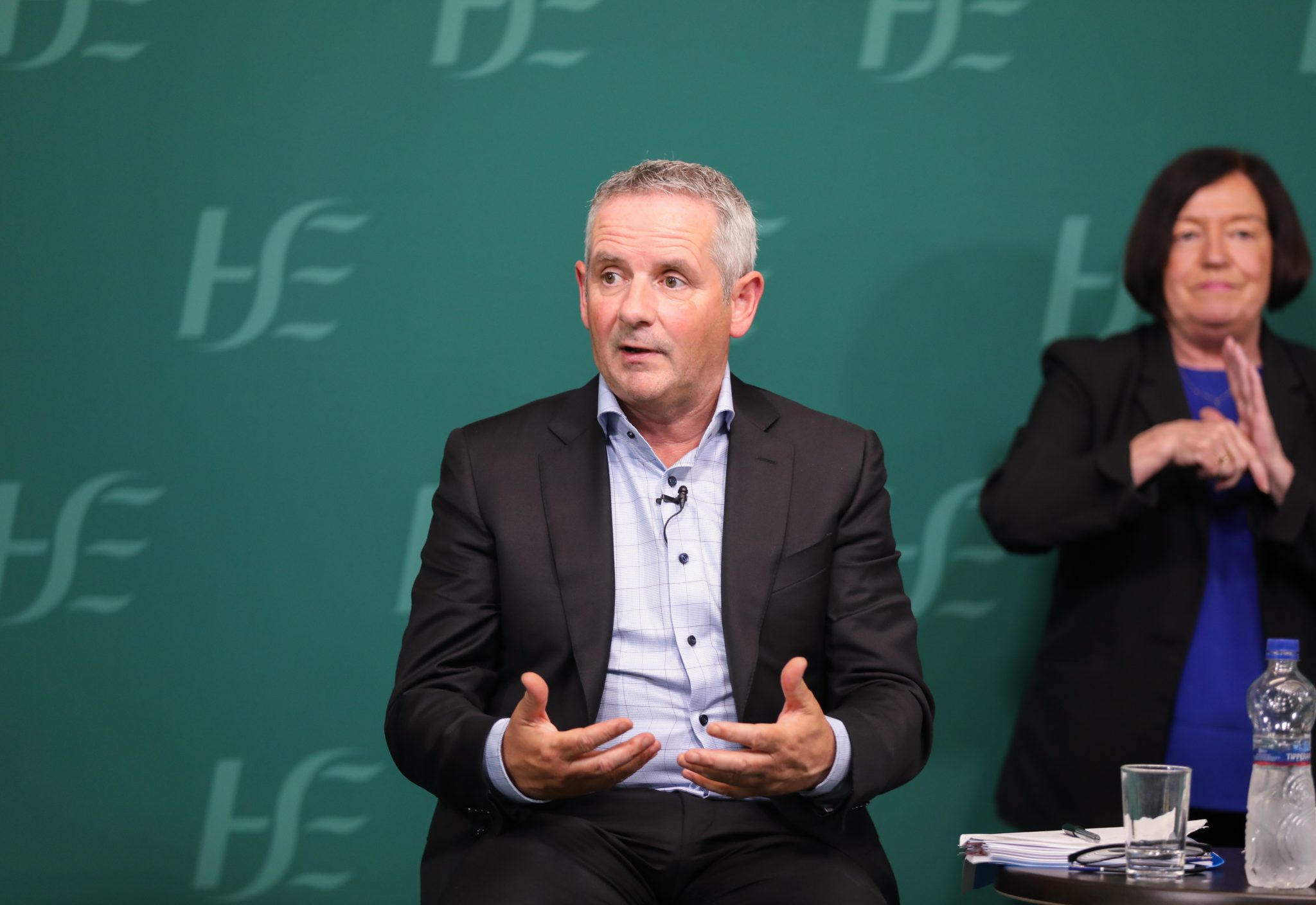 Government asks for "another 24 hours" on nightlife sector reopening plan

END_OF_DOCUMENT_TOKEN_TO_BE_REPLACED

Reid also highlighted plans to try and increase capacity at hospital level for the winter months.

"It's going to be very challenging," he said.

"What we want to do is stop the growth on the waiting lists and to start making some initial impact on the short-term plan we have."

Reid is co-chairing the much-mooted Sláintecare plan alongside Robert Watt. Asked if he is "hopeful" about the plan being implemented following a number of high-profile setbacks in recent weeks, Reid commented:

"Yes. The reason I took up this job two years ago was to implement all aspects of Sláintecare.

END_OF_DOCUMENT_TOKEN_TO_BE_REPLACED

"We're not waiting to start. Right now, today, we're implementing many initiatives that are a part of Sláintecare; some of which I just listed there as part of the winter plan. The other big aspects relate to looking at regionalisation and also putting in a multi-annual, long-term plan to address waiting lists.

The Big Reviewski || JOE · The Big Reviewski with Andy Serkis, Squid Game follow-ups & the return of Succession
popular
How to lower your cholesterol - 5 really handy tips
WATCH: Micheál Martin and Danny Healy-Rae had an almighty row in the Dáil
Nigel Farage has been saying republican phrases again, but in reality, he's the one laughing
The cast of Succession on the most ridiculously expensive scene in the show
PICS: The man with the biggest penis in the world has one unbelievable problem with it
The 100 greatest TV shows of the 21st century have been revealed
The 50 most iconic songs of all time* have been revealed
You may also like
11 hours ago
WATCH: Micheál Martin and Danny Healy-Rae had an almighty row in the Dáil
16 hours ago
Simon Harris "surprised" by lack of booster programme for healthcare workers
16 hours ago
Gardaí will be out in force pulling for speed this week
20 hours ago
Skeletal remains of six people found under Cork pub
1 day ago
Largest aircraft in the world touches down at Shannon Airport
1 day ago
Man in his 60s killed following fatal road traffic collision in Monaghan
Next Page