Gardaí say they are not investigating breaches of public health regulations by those in attendance.

Crowds that gathered in Galway city on Monday night were dispersed without incident and advised of the relevant health guidelines in place, according to An Garda Síochána.

In a statement to JOE, a Garda spokesperson said that Gardaí attended the scene of a gathering of people that occurred in the Galway city area at approximately 10pm on Monday night, one of a number of gatherings of crowds in the city on the night. 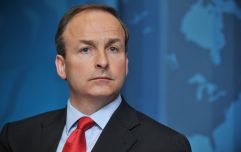 END_OF_DOCUMENT_TOKEN_TO_BE_REPLACED

The crowd was dispersed without incident and Gardaí advised people present of the relevant health guidelines in place.

Gardaí confirmed that they are not investigating breaches of public health regulations by those in attendance at gatherings in Galway on Monday night.

Scenes of crowds gathered in the city were described by Fianna Fáil senator Ollie Crowe on Twitter as “simply unacceptable”.

Have sympathy for those entering college for first time during Covid but these scenes are simply unacceptable, particularly with recent growth in Galway cases. Have contacted Millstreet Gardai & written to NUIG President though I fear damage may be done. pic.twitter.com/IASFtk6Eqr

Fine Gael Councillor Eddie Hoare posted a picture of crowds at the Spanish Arch and said: “Numbers will inevitability continue to rise. I’d expect Level 3 restriction before the end of the week...”

END_OF_DOCUMENT_TOKEN_TO_BE_REPLACED

Galway is one of a number of counties being monitored ahead of a possible move to Level 3 status when NPHET meet to review the situation later this week.

On Monday, 21 of the 309 confirmed cases in Ireland were reported in Galway, with only Dublin (209) and Donegal (22) – counties which are already at Level 3 – and Cork (27) reporting a greater number of cases.

Speaking on Monday evening, Acting Chief Medical Officer Ronan Glynn appealed particularly to the people of Galway, Cork, Monaghan and Roscommon to follow public health advice to control the spread of the virus in those counties.

According to the Health Act 1947 (Section 31A – Temporary Restrictions) (Covid-19) (No. 5) Regulations 2020, which came into effect on 19 September 2020 and remain in place, there are no penal regulations prohibiting person/persons attending gatherings such as those witnessed in Galway on Monday night. 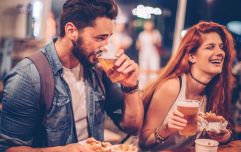 END_OF_DOCUMENT_TOKEN_TO_BE_REPLACED

There are also no penal regulations in respect of social distancing, wearing of masks in public areas, while An Garda Síochána has no statutory powers under ‘Covid Regulations’ to prevent these gatherings taking place.

In respect of regulations which are not declared to be Penal Regulations under the Health Act 1947 as amended, An Garda Síochána says it will adopt the approach of the three Es which will see Gardaí engage, educate and encourage, only.

In respect of regulations which are declared to be Penal Regulations under the Health Act 1947 as amended, An Garda Síochána says it has adopted and will continue to adopt a graduated policing response based on its tradition of policing by consent by which Gardaí engage, educate, encourage and, as a last resort, enforce.

An Garda Síochána says it continues to appeal to all citizens to demonstrate personal and social responsibility to comply with public health guidelines and regulations in order to continue to save lives.