Manson was admitted to prison in April 1971 for seven counts of first-degree murder and one count of conspiracy to commit murder for the deaths of seven people in August 1969, including Sharon Tate Polanski, the wife of film director Roman Polanski. Polanski was eight months pregnant at the time of her death. 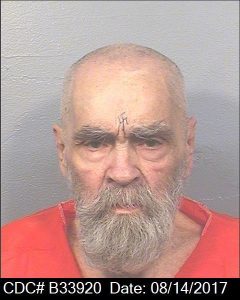 END_OF_DOCUMENT_TOKEN_TO_BE_REPLACED

In December 1971, Manson received two first-degree murder convictions for the deaths of two people in July and August 1969.

Manson did not commit the murders himself, but they were carried under his instruction by some of his followers, who came to be known as The Manson Family.

Manson was originally sentenced to death in 1972, but his sentence was modified to life imprisonment in February 1977.

He was denied parole 12 times between November 1978 and April 2012; the last parole hearing he attended was in March 1997 and he wasn’t eligible to have another parole hearing until 2027.

In a statement issued on Sunday night, the Los Angeles County Deputy District Attorney who prosecuted Manson, Vincent Bugliosi, described him as “an evil, sophisticated con man with twisted and warped moral values and said: “Today, Manson’s victims are the ones who should be remembered and mourned on the occasion of his death.”

popular
Woman killed in Clare crash named as Peggy Twomey, mother of Marty Morrissey
Amazon Prime Video has quietly added 8 big new movies to its library
These are the most generous counties in Ireland, according to GoFundMe
An underseen Keanu Reeves adventure is among the movies on TV tonight
The 50 most iconic songs of all time* have been revealed
A fun action flick with Nicolas Cage is among the movies on TV tonight
Man in his 70s dies following two vehicle collision in Galway
You may also like
18 hours ago
Woman in her 30s injured after falling from balcony in Cork city
20 hours ago
Woman in her 90s dies following road crash in Clare
1 day ago
Carlow woman banned from keeping animals for life after starving dogs to death
1 day ago
Man dies after being attacked by newly calved cow in Mayo
3 days ago
Teenage girl seriously injured after collision between scooter and van in Dublin
4 days ago
Man seriously injured after shooting incident in Tallaght
Next Page