Dan Carter will sit out the game this Sunday at the Aviva but the All Blacks star has been keeping busy in Ireland and today came face-to-face with one of his biggest fans.

While we always like to see the best players in the world, with Ireland reeling after the disappointing defeat to the Wallabies, from an Irish perspective it might be no harm that Carter will miss the game with an Achilles injury, not that he has been idle on these shores.

You may remember a while back that a budding Irish player, George Morgan posted a YouTube video of his rugby skills called ‘Hey All Blacks, check this out’, and tht is exactly what the number 10 did. 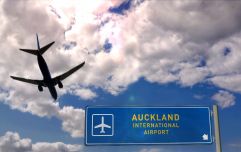 END_OF_DOCUMENT_TOKEN_TO_BE_REPLACED

Not only was he impressed by George’s skillset, he posted a video to give the youngster his seal of approval and there can be no higher praise than that.

Today the two came face to face at the Castleknock Hotel, with the legendary outhalf giving the young player a pair of his boots as well as some advice. 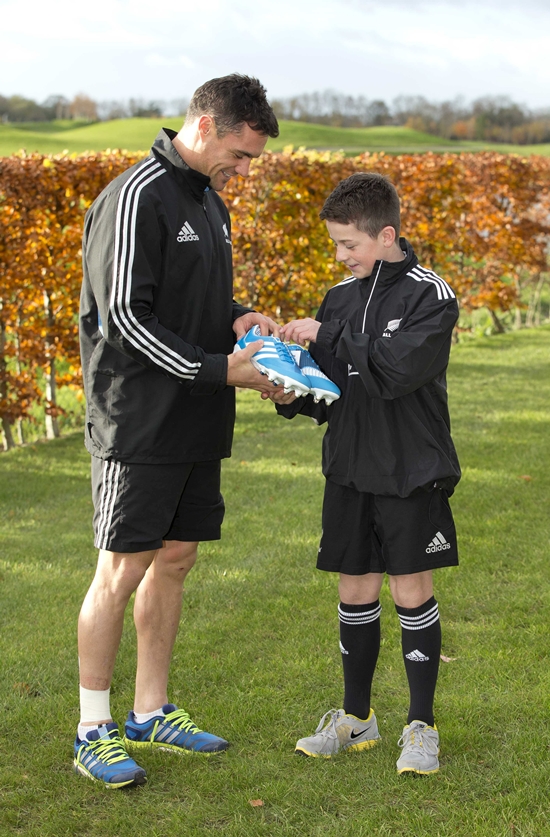 We’re just hoping that the rest of the All Blacks show as much charity on Sunday in the Aviva as we seek a first ever win over the World Champions.

popular
Gardaí warning people not to make unnecessary journeys in anticipation of Storm Barra
Man dies after being attacked by newly calved cow in Mayo
Carlow woman banned from keeping animals for life after starving dogs to death
The JOE Movie Quiz: Week 131
"Danger to life" risk with Storm Barra "weather bomb", warns Met Éireann
An underseen Keanu Reeves adventure is among the movies on TV tonight
QUIZ: Can you get full marks in this General Knowledge Quiz?
You may also like
1 month ago
"No jab, no job" – New Zealand adopts hardline employment stance for teachers and health workers
2 months ago
New Zealand abandons 'Covid zero' goal as lockdown extended
2 months ago
Men arrested trying to cross New Zealand border with boot full of KFC
3 months ago
Man shot dead by police in New Zealand following terror attack
3 months ago
One person shows up to anti-lockdown protest in New Zealand
3 months ago
New Zealand extends Covid-19 lockdown amid rising cases
Next Page