Danny Kirwan, guitarist of Fleetwood Mac, has died at 68

A founding member of the band confirmed the news on Friday evening.

According to Variety, no details surrounding his death are immediately available.

The band’s founding drummer, and bandmate of Kirwan, Mick Fleetwood acknowledged the guitarist's passing in a statement for the group on his personal Facebook page on Friday evening.

END_OF_DOCUMENT_TOKEN_TO_BE_REPLACED

“Danny was a huge force in our early years,” Fleetwood wrote.

“His love for the blues led him to being asked to join Fleetwood Mac in 1968, where he made his musical home for many years.

“Danny’s true legacy, in my mind, will forever live on in the music he wrote and played so beautifully as a part of the foundation of Fleetwood Mac…Thank you, Danny Kirwan. You will forever be missed!”

Kirwan was born in Brixton, South London, and his guitar skills started attracting attention at an early age. He was still only 17 when he came to the attention of established British blues band Fleetwood Mac, while he was playing in London with his first band Boilerhouse.

Kirwan was fired by Fleetwood, who became acting manager in the band, in 1972 due to continued confrontations regarding his alcoholism. 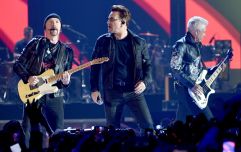 END_OF_DOCUMENT_TOKEN_TO_BE_REPLACED

His continued success didn't suffer, however, as he was even inducted into the Rock and Roll Hall of Fame in 1998 for his work as part of Fleetwood Mac.

His most recent work involved three solo albums which were given a belated CD release in February 2006, but only in Japan. A limited edition of 2,500 copies of "Second Chapter" were also issued by Repertoire Records in early 2008.

He is survived by his only son.

popular
Joe Rogan claims straight white men "won't be able to talk" if society gets any more "woke"
Ryanair set to take first delivery of "Gamechanger" aircraft this month
The JOE Movie Quiz: Week 102
Over 25,000 sign petition for Government to scrap tax breaks for cuckoo funds and build public homes
Here are the restrictions being eased today as Ireland continues reopening
Three people arrested in search operation targeting dissident republican activity in Cavan
The 50 most iconic songs of all time* have been revealed
You may also like
1 day ago
JOE’s Song Of The Day #896 – Steve Wall & Simon O'Reilly 'Rise With The Sun'
2 days ago
The JOE Music Quiz: Week 57
1 week ago
JOE’s Song Of The Day #895 – Cian Ducrot feat. Cate 'Know Me Again'
1 week ago
The JOE Music Quiz: Week 56
1 week ago
Kildare set to play host to a socially distanced music festival this summer
2 weeks ago
JOE’s Song Of The Day #894 – J.F.O 'Amnesia'
Next Page