Trump has repeatedly made baseless claims of voter fraud since the election.

Donald Trump has said "time will tell" who will be in the White House next year, in his first public address since his defeat was announced.

It's the closest he's come to admitting that he lost the US presidential election but he did stop short of any sort of formal concession to president-elect Joe Biden. 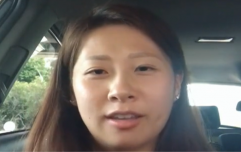 END_OF_DOCUMENT_TOKEN_TO_BE_REPLACED

"I will not - this administration will not be doing a lockdown," Trump said.

"Hopefully whatever happens in the future, who knows which administration it will be - I guess time will tell, but I can tell you this administration will not go to a lockdown."

It marked a brief shift in tone from the president who has repeatedly, and without evidence, claimed voter fraud since the election and vowed to fight the result in the Supreme Court.

Trump was speaking in the White House Rose Garden in a press conference about the effectiveness about Operation Warp Speed. He did not take questions from the assembled press.

He promised a vaccine would ship in "a matter of weeks" to vulnerable populations, however the Food and Drug Administration in America has not yet granted approval for the vaccine.

"As a result of Operation Warp Speed, Pfizer announced on Monday that its China virus vaccine was more than 90% effective," Trump said.

"Pfizer said it wasn't part of Warp Speed, but that turned out to be an unfortunate misrepresentation."

However, the pharmaceutical company has insisted it is not part of Operation Warp Speed and said it did not accept any money to develop tests or manufacture the vaccine.

popular
"Genius" Irish woman pretends to work in Penneys to shop without appointment
Australian woman stuck with Irish accent after tonsil surgery
QUIZ: How many of these characters from The Simpsons can you name?
Two children, aged 3 and 4, hospitalised after consuming suspected cannabis jellies
Assassin's Creed director on why Ireland is the perfect setting for their new game
Alastair Campbell accidentally announces death of The Queen live on GMB
9-year-old boy killed by lightning strike while playing football
You may also like
22 hours ago
UN envoy warns Palestine and Israel conflict heading towards "full-scale war”
3 days ago
UK to allow "friendly, intimate contact" from 17 May as lockdown restrictions ease
3 days ago
Out of control Chinese rocket lands in Indian Ocean close to the Maldives
5 days ago
"Giant" piece of Chinese rocket set to hit Earth this weekend
6 days ago
Irish Government hits back after reports UK authorities will ban Troubles-era prosecutions of British soldiers
1 week ago
Canada becomes first country to approve use of Pfizer vaccine for kids over 12
Next Page