Donegal Airport has been voted in second place in a list of the airports with the most scenic landings in the whole world, according to the 2017 edition of the annual scenic airports poll by PrivateFly, a global booking service for private jet charter and private aircraft hire.

Thousands of travellers around the globe, including a panel of expert judges from across the travel industry, voted in this year’s poll, with Donegal Airport placing second on a list of over 120 airports to receive a mention. 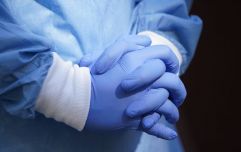 END_OF_DOCUMENT_TOKEN_TO_BE_REPLACED

The only airport more scenic than Donegal? The glamorously titled Juancho E. Yrausquin Airport on the Dutch Caribbean island of Saba.

Commenting the scenery that makes landing in Donegal Airport such a memorable experience, expert judge Adam Twidell said: “I have landed at Donegal many times and the rugged coastline of Ireland's North West coast is even more awe-inspiring from the air, with the backdrop of Mount Errigal adding to the timeless appeal.”

Hard to argue with that.

Top 10 most scenic airport approaches in the world

popular
Status Yellow snow warning issued for five counties
Here's Week 58 of JOE's 19 in 90 quickfire quiz
Here's the lineup for this week's Late Late Show
The 50 most iconic songs of all time* have been revealed
Micheál Martin responds to claims that he is "protecting the pubs in Dublin"
Here’s how you can get 20 bets for €2* for the next EuroMillions jackpot
Here's how to make sure you get a Longitude ticket tomorrow morning
You may also like
19 hours ago
No corners were cut in vaccine process, says World Health Organisation
1 day ago
Over 300 Ford cars recalled in Ireland over battery issue that could lead to vehicle fire
1 day ago
Sale of luxury castle in Kerry, described as "one of Ireland’s best kept secrets”, completed for €4.5 million
2 days ago
18 new Covid-19 deaths confirmed, 269 new cases
3 days ago
One more death and 306 new cases of Covid-19 confirmed in Ireland
3 days ago
Simon Coveney describes Sinn Féin TD’s tweet about IRA attacks as “really insensitive and stupid”
Next Page