Unite, a trade union which represents some driving instructors in Ireland, has strongly criticised the Road Safety Authority (RSA) for allegedly cancelling driving tests because it was "too cold".

It said that recent figures suggested there was a backlog of around 64,000 driving tests, with waiting times currently at around 25 weeks, an increase from six weeks just 12 months ago. 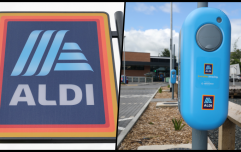 END_OF_DOCUMENT_TOKEN_TO_BE_REPLACED

Unite claim that essential workers are unable to secure tests due to backlogs, and need a full licence to carry out their essential work.

"But even they have literally been frozen out by the Road Safety Authority, which has been arbitrarily cancelling tests due to low temperatures – despite the fact that weather conditions were dry and safe."

The Chair of Unite's Approved Driving Instructor Branch Dominic Brophy added: "We have been receiving multiple reports from ADIs that tests, for essential workers, are being cancelled due to the RSA testers feeling that it is 'too cold' to slightly roll down the car windows (which is part of their Covid safety protocols) for a test.

"The backlog is big enough as it is, without cancelling tests for no good reason - especially for essential workers who we all depend on during this pandemic."

popular
Netflix has just added 23 very big movies to its library
The JOE Friday Pub Quiz: Week 308
Controversial influencer Andrew Tate banned from Instagram and Facebook
The 50 most iconic songs of all time* have been revealed
Fine Gael announces special screenings of Michael Collins movie in 19 cinemas across Ireland
Pilots fly over destination airport at 37,000 feet because they were both sleeping
Passenger plane dropped 1,200 feet in a minute without pilots noticing
You may also like
2 days ago
QUIZ: Can you correctly identify these classic cars?
4 months ago
QUIZ: How many of these questions on the Driver Theory Test can you answer correctly?
7 months ago
QUIZ: Can you guess the meanings of all these dash symbols from your car?
8 months ago
These were the most viewed cars in Ireland
11 months ago
QUIZ: How well do you know your car logos?
1 year ago
The ultimate checklist of everything you need for your next Irish road trip
Next Page