Dublin Airport sets new record for its busiest year yet

We love a good holiday.

It may not necessarily be peak holiday season at this moment in time, but that doesn't mean we don't have one on our minds. Realistically, there's nothing we love more than a good "pint and passport" picture in the airport before a flight.

Irish people are constantly looking forward to their next trip abroad, whether it's next month or next year. 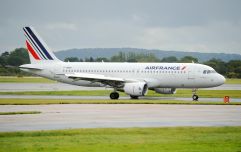 END_OF_DOCUMENT_TOKEN_TO_BE_REPLACED

And in case you think that's not true, it certainly was in 2018.

Dublin Airport boasted its busiest ever year, playing host to over 31.5 million passengers in 2018.

Passenger numbers were up 6%, as the equivalent of more than five times the population of the island of Ireland used the airport last year.

An additional 1.9 million passengers were welcomed at the airport during 2018 from the previous year. 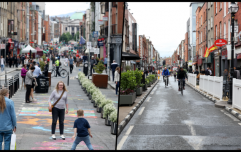 END_OF_DOCUMENT_TOKEN_TO_BE_REPLACED

"Dublin Airport enjoyed its eighth consecutive year of passenger growth in 2018 and I’d like to thank the travelling public, our airline customers, our staff and the staff of all the other companies at the airport for helping to generate yet another record year.

All we know is that this has us in the mood to book ourselves a flight.

popular
Man hasn't put arm down for 10 years - and this isn't even a world record
€600 energy credits and free schoolbooks for children set to be announced in Budget 2023
Jeffrey Dahmer’s dad thinks he knows what’s to blame for son becoming a serial killer
QUIZ: Test your knowledge with this Ultimate Friends Character Quiz
The JOE Friday Pub Quiz: Week 313
2022's sexiest show is finally available to watch in Ireland
Fine Gael Councillor slams attendees of cost of living crisis protests
You may also like
2 weeks ago
Airline offers passengers chance to book an empty seat next to them as well
2 weeks ago
Aer Lingus launches sale with fares starting from €150 for North American routes
3 weeks ago
New Irish website helps customers find cheapest flights to anywhere in the world
1 month ago
WATCH: Flight makes scary 'lowest ever landing' at Greek airport, narrowly avoiding plane spotters
1 month ago
New ferry route from Rosslare to Dunkirk to begin taking passengers this week
2 months ago
Bus Éireann cancels dozens of services due to operational issues
Next Page