Less than a month ago, DUP leader Arlene Foster made a speech at an LGBTQ meeting, stating that "I want to genuinely reach out to our minority communities and show them the hand of friendship, recognising they have made Northern Ireland their home" and that "I was born on the principle that everyone is equal under law and equally subject to the law."

Today, it has been reported that the DUP have voted against hanging Pride flags on their council buildings during Pride week celebrations. 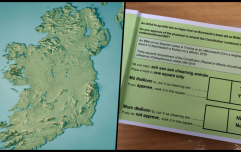 END_OF_DOCUMENT_TOKEN_TO_BE_REPLACED

As per ITV News:

"DUP councillors voted against the move, while Ulster Unionists abstained from the vote. The UUP opted not to vote after their amendment to Sinn Féin’s motion, recommending that council buildings be lit in the Pride colours instead, was rejected.

"No one from either the DUP or UUP was available to comment."

However, councillors from Armagh, Banbridge and Craigavon have voted to hang the Pride flag from their council buildings to celebrate, in addition to Belfast City Hall, which will also be lit up in the Pride colours to celebrate the day. 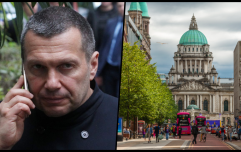 END_OF_DOCUMENT_TOKEN_TO_BE_REPLACED

Also, Derry City and Strabane District Council have passed a motion to light up its offices in rainbow colours to mark the 25th anniversary of Foyle Pride.

Pride week is set to run from Friday 27 July to Sunday 5 August, with the Pride parade in Belfast and other locations to take place on Saturday 4 August.

popular
Katherine Ryan says famous TV star is a ‘predator’ and everyone in industry knows
20 years ago, one of the best sci-fi movies of the 21st century was a box-office bomb
QUIZ: Only the sharpest will get 100% in this General Knowledge test
The JOE Friday Pub Quiz: Week 322
The JOE Movie Quiz: Week 181
QUIZ: JOE's Big News Of The Day Quiz #19
Angle grinder used to steal safe from security van in Dublin
You may also like
4 months ago
PSNI officers 'photographed and manipulated body of suicide victim'
5 months ago
HBO pulls plug on huge $200 million show due to begin filming in Belfast
5 months ago
Six-year-old boy from Northern Ireland dies while on holiday in Spain
6 months ago
First case of Monkeypox identified in Northern Ireland
6 months ago
UK Foreign Secretary set to announce plans to rewrite NI Protocol
6 months ago
Why is the DUP blocking the election of a speaker in Stormont?
Next Page