One man has been arrested in relation to the seizure.

As part of an intelligence led operation targeting organised crime and the sale and supply of drugs in the Finglas area, Gardaí from the Drugs Unit in Finglas and Community Action Team carried out a search under warrant at a house in Dunsink Green, Finglas on the night of Saturday 25 May.

The search took place at 9.30pm approximately and during the course of the search, cannabis herb, cannabis resin and cocaine was seized with an estimated street value of approximately €221,000 (subject to analysis).

A small amount of heroin, ecstasy and cigarettes were also seized with other drug paraphernalia.

Gardaí arrested one man at the house (late 40s) and he was conveyed to Finglas Garda Station where he is currently detained under Section 2 of the Criminal Justice (Drugs Trafficking) Act, 1996.

He is expected to appear before Blanchardstown District Court on the morning of Monday 27 May, charged in connection with the case. 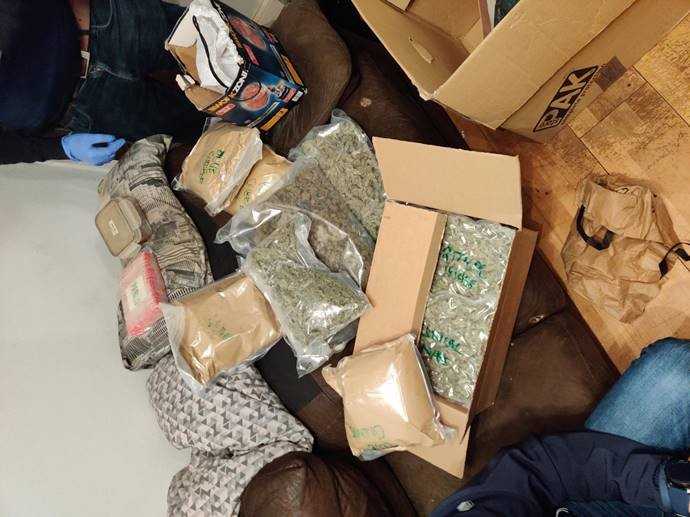 popular
The JOE Friday Pub Quiz: Week 199
QUIZ: How well do you know your chocolate bars?
The JOE Movie Quiz: Week 59
Amazon asks employees to delete TikTok over security concerns
Cockroach infestation among reasons for restaurant closures in June
The 50 most iconic songs of all time* have been revealed
Opinion: We all have a choice to make this weekend
You may also like
1 day ago
Glee actress Naya Rivera missing after boating trip on lake with son
4 days ago
Oscar-winning composer Ennio Morricone dies age 91
5 days ago
Two men have died following a diving incident in Tipperary
5 days ago
A man has died following a traffic collision in Tipperary
5 days ago
Gardaí investigating fire incident in Dundalk after "loud bang" heard in house
6 days ago
Five arrested following violent disorder incident in Mullingar
Next Page