€500,000 cash seized by Gardaí across Dublin and Cavan

The seizures were made across five premises.

€500,000 was seized by Gardaí across Dublin and Cavan on Sunday.

On 28 June 2020, personnel attached to the Garda National Drugs and Organised Crime Bureau within Organised and Serious Crime, undertook an intelligence-led operation involving the targeting of members of an organised crime group. 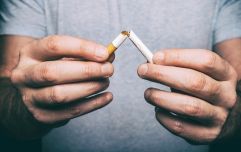 END_OF_DOCUMENT_TOKEN_TO_BE_REPLACED

The group in question are suspected to be involved in large scale trafficking of controlled drugs and associated money laundering.

Over the course of the operation undertaken in Cavan and the northside of Dublin city, a total of five premises were searched, resulting in a quantity of cash, estimated to be not less than €500,000 being seized.

One 38-year-old male has been arrested and is currently detained in Navan Garda Station.

Speaking on Monday, Assistant Commissioner O’Driscoll, Organised and Serious Crime said: "This operation demonstrates the continued determination of An Garda Síochána to target organised crime through stopping the flow of money suspected to be proceeds of crime and which provides the motivation for organised crime groups to trade in drugs."

popular
QUIZ: Can you name all of these counties from their nicknames?
Planks are one of the worst ab exercises, says Triple H's personal trainer
QUIZ: Can you identify the EU countries from this list in less than 45 seconds?
QUIZ: Can you name all of these characters from Love/Hate?
Met Éireann extends weather warning to 11 counties
QUIZ: Name the obscure characters from The Simpsons (Part Three)
QUIZ: Can you name all of these How I Met Your Mother characters?
You may also like
12 hours ago
One more person with Covid-19 has died, 363 new confirmed cases
16 hours ago
Met Éireann extends weather warning to 11 counties
17 hours ago
Senator calls on the army to assist the Gardaí following large gatherings in Galway
18 hours ago
Just under €250,000 discovered in investigation into roofing and installation scam targeting elderly and vulnerable
19 hours ago
Eamon Ryan says there will be no gaps in Irish bus network after Bus Éireann cuts inter-city services
21 hours ago
Crowds in Galway “dispersed without incident”, say Gardaí
Next Page