An elderly couple have been found dead in their home in Naas.

It is believed that the husband, retired veterinary surgeon Colm Bradley, took his own life after his wife passed away.

END_OF_DOCUMENT_TOKEN_TO_BE_REPLACED

Mr Bradley had been ill for a number of years and it is understood that his wife Maureen acted as his full-time career.

The couple had lived in the area for the last 15 years.

Locals described the couple as pleasant and likeable.

"Maureen was a kind and gentle soul who looked after her husband for several years. Colm was mainly confined to bed and was rarely seen in recent times," said a family friend told the Irish Independent.

"Maureen was telling me only recently how excited she was at the birth of her third grandchild. It was her first grand-daughter and she was so delighted,” said a neighbour.

"Maureen went to church every day and was great for sending cards for first communions and weddings and births. She was a brilliant neighbour.

"Maureen was a beautiful lady. Everyone was very fond of her. 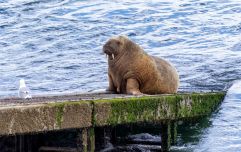 END_OF_DOCUMENT_TOKEN_TO_BE_REPLACED

"She had been a full-time housewife and she did all the shopping and caring for her husband."

"Maureen was a very kindly and had a lovely rural sense of humour,” he said

"She was a frequent sight on her bicycle until she became a bit more frail when I would give her an occasional lift to the shops and back.

"Her husband was a very quiet man and wasn't seen out much. 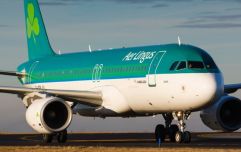 END_OF_DOCUMENT_TOKEN_TO_BE_REPLACED

"We are all in shock at what has happened. Most of the people living around here have lived here for decades. It is so sad."

The bodies of the couple were discovered in Ashfield Park, a development of homes in the area. Mr Bradley is believed to have been found in the garage while Mrs Bradley was discovered in the kitchen.