Everyone's talking about one major mess-up at the Oscars last night, but this one might be even worse

How can you make this mistake?

This year's Oscars will almost definitely be remembered for one monumental cock-up during the announcement of Best Picture, and that one was certainly bad. 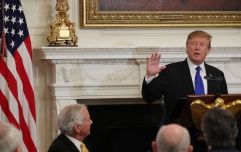 END_OF_DOCUMENT_TOKEN_TO_BE_REPLACED

It all started so well, as Jennifer Aniston beautifully introduced the annual In Memoriam segment of the show, in which the Academy pays tribute to those in the industry who have passed away in the year just gone.

Aniston became tearful as she talked about actor Bill Paxton, who died less than 24 hours before the 2017 ceremony.

Jennifer Aniston remembers Bill Paxton, who passed away today at the age of 61 https://t.co/YN5vKbdGiW #Oscars pic.twitter.com/WnUsjygSse

The tribute video began to play as Sara Barielles sang Joni Mitchell's 'Both Sides Now', with the segment honouring many iconic Hollywood figures who passed away in the past year, including Gene Wilder, Carrie Fisher and Prince.

Here's the tribute in full...

However, one of the people remembered was Janet Patterson, a costume designer who passed away earlier this year. 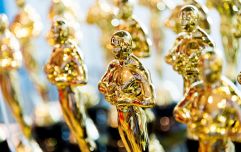 END_OF_DOCUMENT_TOKEN_TO_BE_REPLACED

There was one problem; it wasn't her.

The Academy actually used a picture of producer, and 100% living person, Jan Chapman, as Patterson's name came on the screen. Naturally, Chapman wasn't too pleased with this, and we can't imagine Patterson's family were too happy either.

Speaking to Variety, Chapman had this to say about the bizarre incident, "I was devastated by the use of my image in place of my great friend and long-time collaborator Janet Patterson. I had urged her agency to check any photograph which might be used and understand that they were told that the Academy had it covered. Janet was a great beauty and four-time Oscar nominee and it is very disappointing that the error was not picked up.”

She continued, "I am alive and well and an active producer.”

What a dreadful error to make. Who knows, maybe next year they'll have a category dedicated to biggest f**k-up from 2017?

The Big Reviewski || JOE · The Big Reviewski with Y: The Last Man, that Malignant ending & a secret streaming service
popular
The JOE Friday Pub Quiz: Week 261
A brilliant Irish psychological thriller and 5 more movies and shows to watch this week
Copper Face Jacks sets reopening date after being closed for 18 months
Employers cannot ask staff to reveal their vaccination status, confirms Government
Miriam O'Callaghan had no patience for Stephen Donnelly's "gibberish" on Prime Time
"Variable speed limits" to be introduced on the M50 in the coming weeks
The 50 most iconic songs of all time* have been revealed
You may also like
4 months ago
The Ultimate Oscars Quiz
5 months ago
Six-time Oscar-nominated drama Sound Of Metal is available to watch at home right now
1 year ago
Parasite is coming to loads more Irish cinemas following Oscar success
1 year ago
Joaquin Phoenix pays tribute to brother River in Oscar acceptance speech
1 year ago
Oscars 2020: Here's how you can watch the Academy Awards tonight
1 year ago
Adam Sandler's speech at the Independent Spirit Awards is excellent
Next Page