Not something you see every day...

An incredible video appears to show a woman in Myanmar doing her regular aerobics class, unaware that a military coup is happening behind her.

In the footage, Khing Hnin Wai, a Physical Education Teacher at the Myanmar Ministry of Education, works out in the foreground, while in the background, a military convoy can be seen driving up to the Assembly of the Union complex in the capital city of Naypyidaw.

END_OF_DOCUMENT_TOKEN_TO_BE_REPLACED

She dances around energetically to pop music wearing bright yellow workout gear and a face mask, while, unknown to her, the convoy of black SUVs roll down to take control of the country in the background.

The footage was reported posted by Khing Hnin Wai on her Facebook page, and brought to the attention of the English speaking world by CNN journalist Aditya Raj Kaul on Twitter.

A woman did her regular aerobics class out in open without realizing that a coup was taking place in #Myanmar. A Military convoy reaching the parliament can be seen behind the woman as she performs aerobics. Incredible! pic.twitter.com/gRnQkMshDe 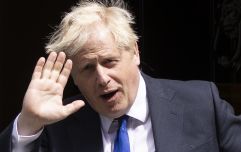 END_OF_DOCUMENT_TOKEN_TO_BE_REPLACED

Khing Hnin Wai posted again on Tuesday, saying that she had been filming regularly at the location for the last 11 months.

On Monday, Myanmar's military announced that they had taken control of the country, with activist Aung San Suu Kyi and other politicians having been arrested early that morning.

The National League for Democracy party were due to begin their second term in office when the coup was staged. The NLD won power in 2015, in the country's first openly contested elections since 1990.

Suu Kyi is considered the NLD's de facto leader, though the country's constitution prevented her from becoming president as her children are foreign nationals.

END_OF_DOCUMENT_TOKEN_TO_BE_REPLACED

In recent years, however, she has come under fire internationally due to her perceived failure to stop the terrible treatment of Myanmar's mostly Muslim Rohingya minority. Despite this, she still remains popular within the country.