EXPLAINER: Why there is a movement to boycott this year's Eurovision

The 2019 Eurovision Song Contest is shaping up to be one of the most controversial ever.

Ireland has a long and storied history with the Eurovision, having won it a record seven times. Ireland's cultural ties to the contest are strong. Previous winners of the contest have gone on to run for President, and perhaps the best known episode of Father Ted is a parody of the Eurovision itself.

In recent years, our country has suffered several high-profile embarrassments at the contest (Dustin the Turkey, Jedward), and failed to qualify at all in other years. All in all, it means that Irish involvement in the Eurovision is generally something to be savoured.

This year, Ireland's relationship with the song contest is set to be strained.

As the city of Tel Aviv gears up to host its first ever Eurovision Song Contest, less than two weeks have passed since violence sprung afresh in the Gaza Strip. Both of Israel's previous turns at hosting had been held in Jerusalem, a contested site that is claimed as capital by both Israelis and Palestinians.

The Guardian has reported that one pregnant woman was among the Palestinian dead earlier this month, as well as her 14-month-old niece. The Israeli Defence Forces have denied responsibility for the killings.

The proposed Eurovision boycott is part of the much larger and longstanding Boycott, Divestment, Sanctions (BDS) movement. The purpose of this movement is to highlight the drastic power imbalance between Palestine and Israel, calling on Israel to comply with international law when it comes to the human rights of Palestinians.

The Israeli ambassador to Ireland, Ophir Kariv, has said of the boycott: "A small group of extremists calling for a boycott means no communication whatsoever; I think this is dangerous to Ireland at least as much as it is dangerous for Israel." 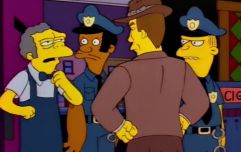 END_OF_DOCUMENT_TOKEN_TO_BE_REPLACED

Ireland's diplomatic relationship with Israel is currently a complicated one.

Calls to boycott the Eurovision follow the passing of a bill through the Seanad which calls for a ban on products from Israeli settlements deemed illegal under international law. The Occupied Territories Bill is currently at committee stage in the Dáil, but the government officially opposes it.

These territories are beyond the original borders of Israel, and were claimed after the 1967 war.

Speaking to the Irish Times, Kariv called the bill "the most extreme anti-Israel piece of legislation in the western world". The government has made it clear that it opposes such a bill, which would need Dáil approval to become law.

The Irish Palestine Solidarity Campaign's petition to rescind Ireland's involvement in this year's song contest has reached 6,500 signatures as of the eve of the first semi-final (14 May). The petition, which is addressed directly to this year's Irish contestant Sarah McTernan reads: "Performing at the Eurovision in Israel is a deeply political act; you will be expected to sing for 500 members of the Israeli military who have had seats reserved by the state.

"We sincerely hope that you will not countenance performing for a military which just last week was found by a UN Commission of Inquiry to likely have committed war crimes and crimes against humanity by killing deliberately targeting and killing civilians, including children, medics, journalists and disabled people in its attacks on unarmed Palestinian protesters in Gaza.

"These attacks are ongoing on a daily basis, and it should be unconscionable for any artist representing Ireland to be entertaining members of this military just a few miles down the road."

On all official levels, Ireland is proceeding with its involvement in the contest as usual. State broadcaster RTÉ will continue to be Ireland's member station at the contest and will broadcast all stages of the song contest as it does every year.

However, RTÉ did confirm earlier this year that they wouldn't sanction any employees who conscientiously objected to travelling to Israel in order to cover the song contest.

McTernan will perform her song - '22' - in the second semi-final on 16 May. The main event will take place on Saturday, 18 May.


popular
The JOE Friday Pub Quiz: Week 198
QUIZ: Name the country for each of these non-capital cities
QUIZ: Can you name all the countries in the world beginning with the letter 'P'?
Weather warnings issued for nine counties ahead of the weekend
QUIZ: Can you get top marks in this tricky logo quiz?
Gardaí will conduct "nationwide checks" of pubs
Fianna Fáil gets off on the wrong foot, especially with their own crybabies
You may also like
1 year ago
The official Eurovision results for the whole contest makes for absolutely dire reading for Ireland
3 days ago
Covid-19 Temporary Assistance Payment Scheme for nursing homes extended until September
3 days ago
One more person has died in Ireland due to Covid-19, 11 new cases confirmed
3 days ago
6,666 abortions were carried out in Ireland last year
3 days ago
Travel Agents Chief calls on government to cancel foreign flights so customers can reclaim costs
3 days ago
EU set to publish list of safe countries for visitors with US omitted
Next Page