More information was shared between the companies than was previously disclosed, according to a new report.

Facebook is now in the middle of yet another privacy related controversy following an investigation conducted by the New York Times.

The report revealed that Facebook had given far more private user information to other major companies than they had disclosed. 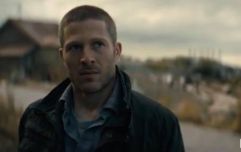 WATCH: First teaser trailer for creepy new show from the people behind The Haunting of Hill House

END_OF_DOCUMENT_TOKEN_TO_BE_REPLACED

Facebook had given Spotify, Netflix and many others access to the private messages of users, the report found.

Among other things, Facebook are said to have given Apple access to users’ Facebook contacts and calendar entries, even if they had disabled data sharing, as part of a partnership that still exists. Apple told the New York Times it was unaware that it had special access, and of the data described would never leave the user’s device.

Facebook also gave Bing, the Microsoft search engine, access to see names and other profile information of a user’s friends. Microsoft said it has since deleted the data. Facebook says that only user data set to “public” was accessible to Microsoft.

Netflix have commented on the incident in a statement released by the streaming service, which read:

"Over the years, we have tried various ways to make Netflix more social. One example of this was a feature we launched in 2014 that enabled members to recommend TV shows and movies to their Facebook friends via Messenger or Netflix.

"It was never that popular so we shut the feature down in 2015. At no time did we access people’s private messages on Facebook or ask for the ability to do so."

This isn't the first time that Facebook has been at the heart of a privacy scandal. Just eight months ago, over 40,000 Irish users were alerted that their data may have been leaked in the Cambridge Analytica scandal.

The Big Reviewski || JOE · The Big Reviewski with Y: The Last Man, that Malignant ending & a secret streaming service
popular
Irish pubs and nightclubs could be given 6am closing time after 22 October reopening
Fuel prices set to rise in Budget 2022
Here's the line-up for this week's episode of The Late Late Show
What can you actually do if someone tries to pay you with a bucket of coins?
Marc MacSharry sticks the boot into Micheál Martin on his way out the door
The 50 most iconic songs of all time* have been revealed
Simon Harris is absolutely not having any of these leak accusations
You may also like
1 day ago
Stephen King has some amazing things to say about Netflix's new horror series
2 days ago
Luther to finally settle the score in long-awaited standalone Netflix film
5 days ago
Seven must-see 9/11 movies and documentaries to watch right now
1 week ago
A top-secret horror plus 7 more movies and shows to watch this week
1 week ago
New Netflix horror series from the creator of The Haunting of Hill House looks very creepy
1 week ago
New Netflix movie Don't Look Up has one of the best casts of any film ever made
Next Page