Flights are being cancelled, delayed and diverted as a result of Storm Brendan.

Status orange wind warnings have been issued for all counties in the Republic of Ireland due to the arrival of Storm Brendan on Monday and a number of flights are being affected as a result of the adverse weather conditions.

On their Twitter page on Monday, Shannon Airport announced flights to Birmingham, London Heathrow and Edinburgh, inbound and outbound, had been cancelled:

🛬 @Ryanair flight FR4776 from Manchester, due to arrive in Shannon at 9.35am & flight FR103 from London Stansted due in at 10.30am, have both been diverted to @CorkAirport

Passengers will be transported to Shannon via bus.#StormBrendan

It was also announced that passengers travelling on Ryanair flight FR1173 to Wroclaw due to depart at 4.10pm on Monday from Shannon Airport should expect delays.

Ireland West Airport has said that the airport is open and operational but that Storm Brendan is impacting services.

London Stansted, London Luton and Edinburgh services have been diverted to Dublin Airport. Passengers travelling on Monday afternoon are advised to contact their airlines for the latest flight info. 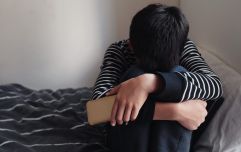 END_OF_DOCUMENT_TOKEN_TO_BE_REPLACED

Meanwhile, Dublin Airport said on Sunday night that operations will be weather dependent and no further updates have been delivered as of Monday afternoon.

Cork Airport also urged passengers to check with their airlines for the most up to date flight information before travelling.

Met Éireann has forecast that gusts of up to 130km/h could be registered in Atlantic coastal areas later today.

It has also emerged that, as of Monday afternoon, approximately 48,000 homes and businesses are without power due to Storm Brendan.

popular
One of the most-anticipated movies of the last few years is finally available to watch at home this week
Woman dies after being struck by lorry in Kildare
Gardaí warn of scam involving "inappropriate or sexual images" after young boy blackmailed for money
TG4 to air documentary about the Irish woman who shot Mussolini tonight
The film that predicted the pandemic is among the movies on TV tonight
Body of woman found by walker on shoreline in Galway town
QUIZ: Can you get 10 out of 10 in the ultimate Ed Sheeran lyrics quiz?
You may also like
6 hours ago
Jobs of an Irish stay-at-home parent calculated to be worth just under €50,000 per year
8 hours ago
Body of woman found by walker on shoreline in Galway town
10 hours ago
President Biden warns trade deal must not derail peace in Northern Ireland
19 hours ago
Liam Gallagher cancels Belfast gig after helicopter fall
20 hours ago
Wednesday's Lotto jackpot is the second highest of all time
22 hours ago
"One person's rent is another person's income" – Varadkar rejects calls for three-year rent freeze
Next Page