"There will be forever more a lock on these gates."

An investigation is underway after a GAA pitch in Galway was badly vandalised over the weekend.

END_OF_DOCUMENT_TOKEN_TO_BE_REPLACED

It appears that a vehicle was driven across the pitch, causing extensive damage to the grass and leaving deep furrows in the surface.

The pitch has been forced to close for the foreseeable future, with all activities cancelled while the pitch is being repaired. 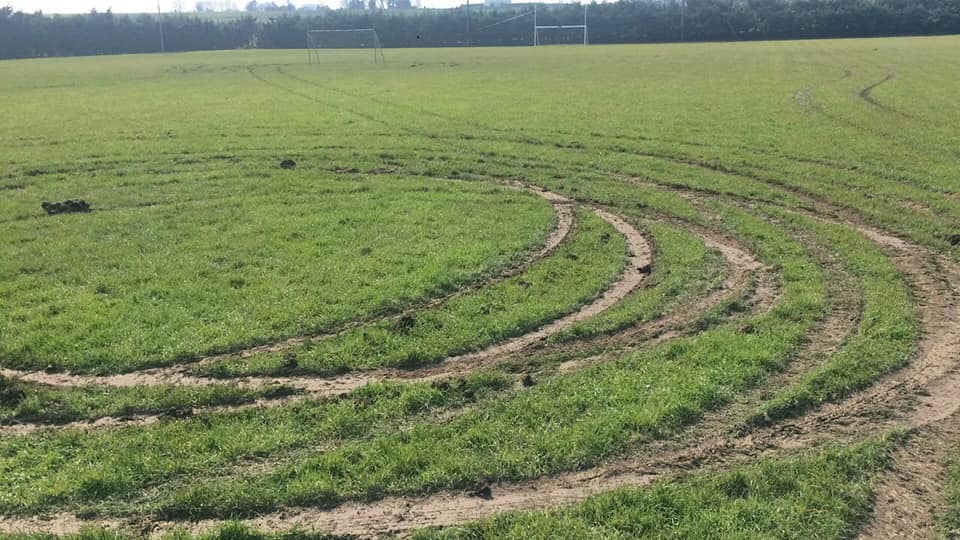 In a statement, the club said: "Our pitch facility has always been there for the entire community to use as and when they wanted, after last night's vandalism there will be forever more a lock on these gates."

Anyone with information on the incident is urged to contact a club committee member and Gardaí are currently looking into CCTV footage captured in the area.

Glinsk GAA has said that neighbouring clubs have offered them the use of their facilities while their pitch is out of commission.

They've thanked the community for the outpouring of support since the incident.

The Big Reviewski || JOE · TBR Spotlight: The Falcon and the Winter Soldier Episode Four - 'The Whole World is Watching'
popular
20 years on, Weapon Of Choice is probably still the best music video ever made
Reeling in the Years: How the 2010s are different to any other decade
The JOE Friday Pub Quiz: Week 238
The JOE Music Quiz: Week 52
The Falcon and the Winter Soldier is on the precipice of dealing with an incredibly sensitive topic
The JOE Movie Quiz: Week 97
WATCH: Paddy Power reveal Rhodri Giggs as new ambassador with ‘loyalty is dead’ promo video
You may also like
2 days ago
Female Garda in hospital after being dragged 100 feet by car during drug search in Cork
2 days ago
Stephen Donnelly says his family should "never" be involved in attacks aimed at him
2 days ago
Irish mobile network GoMo launches new €14.99 per month "for life" offer
2 days ago
First Irish blood clot case after AstraZeneca vaccine being investigated
2 days ago
Seven more people with Covid-19 have died in Ireland, 400 new cases
2 days ago
Slane Castle set to host a "double summer concert" next year
Next Page