Gardaí launch new app to track everything that you own

A totally normal app, we... think?

Tracking every single material item that you own? There's now an app for that.

An Garda Síochána has launched a new mobile app designed to allow the public to "index and record their personal property" including bicycles, laptops, and farm machinery.

END_OF_DOCUMENT_TOKEN_TO_BE_REPLACED

Gardaí announced the app at the National Ploughing Championships on Tuesday (20 September).

This information is stored locally on your device, or backed up on a Google Drive account. 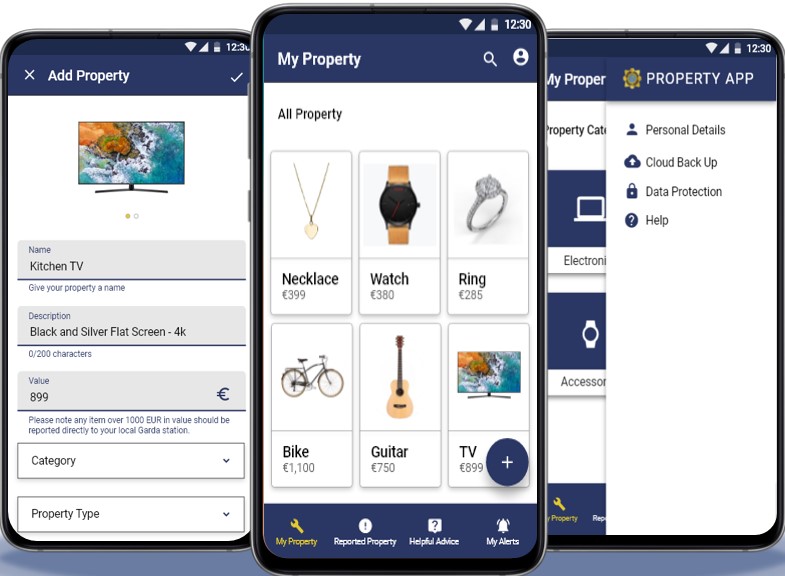 END_OF_DOCUMENT_TOKEN_TO_BE_REPLACED

None of the data is stored by An Garda Síochána.

If an item from the list is stolen, app users can report the theft directly to An Garda Síochána if the value of the item is less than €1,000.

Investigating Gardaí will have access to the information, which would assist in the investigation surrounding the property.

Gardaí encourage the public to clearly and obviously mark their property, as doing so makes the items "less attractive to a thief as it is more difficult to sell on".

Female cyclist seriously injured after collision with truck in Kildare

END_OF_DOCUMENT_TOKEN_TO_BE_REPLACED

Just be careful not to lose your phone or get your Google account hacked, or else potential thieves would have an itemised list of everything valuable you own.

The app is completely standalone, and free to download on the Apple Store or the Google Play Store.

popular
QUIZ: Name the country for each of these non-capital cities
QUIZ: Test your knowledge with this Ultimate Friends Character Quiz
House Of The Dragon is already better than Game Of Thrones
The JOE Friday Pub Quiz: Week 313
Amazon Prime Video has just added 20 very big movies to its library
One of the best films nobody went to see turns 15 years old this week
Details of cash payments and Christmas bonus outlined in Sinn Féin’s alternative budget
You may also like
2 days ago
“It’s like insects are crawling all over your body.” Irish people reveal impact of Long Covid
3 days ago
Gardaí involved in dangerous driving incident have since reported unfit for duty
3 days ago
Aldi signs €8.5 million deal to sell Irish treats around the world
3 days ago
Woman arrested following car fire death of two children in Westmeath
3 days ago
Eamon Ryan says Sinn Féin approach to energy crisis is Tory Party-esque
3 days ago
Man dies in house fire in Belfast
Next Page