The deceased is yet to be identified.

Gardaí are investigating after a body was found in a popular swimming spot in Limerick on Wednesday.

In a statement, a Garda spokesperson said an investigation had been launched into the circumstance surrounding the discovery at Corbally Baths in Corbally. 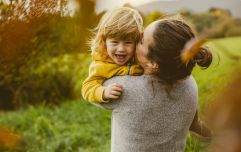 END_OF_DOCUMENT_TOKEN_TO_BE_REPLACED

Gardaí said they located the body in the water as part of an investigation into a missing person.

The deceased has since been sent to University Hospital Limerick where the State Pathologist will carry out a post-mortem.

The deceased is yet to be identified, with Gardaí stating foul play is not suspected at this time.