One suspect is still at large.

Gardaí have arrested three individuals in connection with burglaries carried out in Blackrock, Dundalk following a chase on the M50.

On Thursday (30 January), patrolling Gardaí in Tallaght observed a car acting in a suspicious manner. Following reports of a number of burglaries in the Blackrock area, Gardaí on night patrols with the assistance of the Air Support Unit monitored traffic.

The same vehicle was spotted again on the M50 at junction 13 and a managed Garda pursuit ensued.

Four occupants abandoned the vehicle in question on the M1 at junction 18 and fled on foot towards nearby fields.

Three man - one aged in his 20s and two in their late teens - were arrested a short distance away and, as of Friday morning, are currently being detained under Section 50 of the Criminal Justice Act 2007 in Dundalk Garda Station.

A fourth occupant of the car is still being sought in connection with this incident. 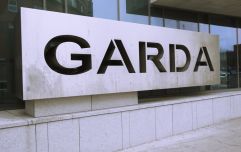 END_OF_DOCUMENT_TOKEN_TO_BE_REPLACED

Gardaí believe that the vehicle involved is the subject of an unauthorised taking in the UK jurisdiction. One Garda member was taken to hospital with minor injuries and has since been released.

Property from one of the Blackrock burglaries was recovered by Gardaí on the M50.