A fully operational bar was discovered during the course of the Garda search.

Gardaí have seized alcohol and bar equipment from a suspected Shebeen premises in Kildare.

As part of Operation Navigation, Gardaí conducted a search of a suspected Shebeen premises operating near Athy in Kildare on Friday evening.

END_OF_DOCUMENT_TOKEN_TO_BE_REPLACED

Gardaí became aware through social media that the premises was potentially operating contrary to the Liquor Licensing Regulations and that members of the public were congregating there in contravention of the Health Act 1947.

Around 8pm on Friday, Gardaí conducted a search under warrant of the suspected Shebeen premises and located a fully operational bar in a repurposed state.

It was fitted with a bar, stools, tables, chairs, 70 inch flat screen television, and a full size pool table.

There were several beer taps on the bar, along with an under bar cooler and kegs while there was also a smoking area, store room and toilet on the premises. 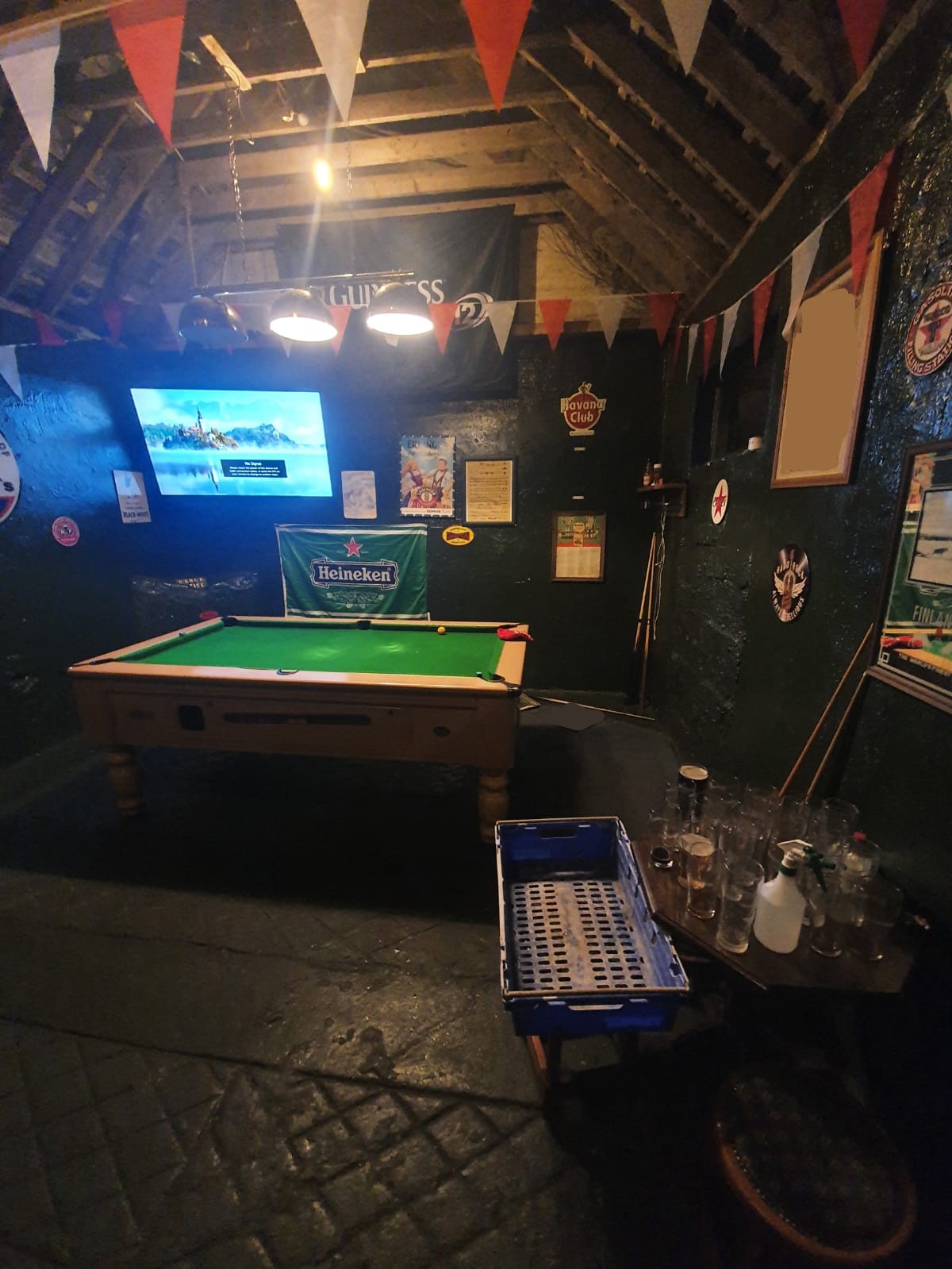 Five kegs, a significant amount of spirits and bottled beers and bar equipment was seized by Gardaí.

A full investigation is now underway into this matter and files will be prepared for the Director of Public Prosecutions.

An Garda Síochána would appeal to anyone with information about the operation of illegal Shebeen’s to contact their local Garda Station.


The Architects Of Business || JOE · "It doesn't get bigger than this for me" - Irish scientist wins EY Entrepreneur of the Year 2020
popular
The JOE Movie Quiz: Week 80
QUIZ: Can you guess these European countries from their outlines?
Record Christmas bonuses worth €390 million to be paid to 1.6 million recipients next week
Liam Neeson to narrate landmark two-part series marking the 175th anniversary of the Great Famine
Video: So what exactly did John Terry say to Anton Ferdinand?
Listen carefully, Tubs says he didn't use the F-bomb on live TV... as Toy Show Appeal donations top €6.4million
Two suspected ‘Shebeens’ with operational bars investigated by Gardaí on the same night
You may also like
11 hours ago
Simon Coveney describes Sinn Féin TD’s tweet about IRA attacks as “really insensitive and stupid”
1 day ago
Gardaí search suspected shebeen in Kerry
1 day ago
Covid vaccine will not be mandatory, says Stephen Donnelly
2 days ago
Seven new Covid-19 deaths confirmed, 243 new cases
2 days ago
A man has died following the collapse of a building in Tralee
2 days ago
Man arrested following the murder of a woman and two children at a house in south Dublin
Next Page