There has been a noticeable increase in this type of crime in recent weeks.

An Garda Síochána have issued a warning to the public about the continuing existence of a type of banking fraud which requests those targeted to change bank accounts.

The crime consists of individuals or businesses receiving an email claiming to be from a legitimate supplier, and the email contains a request that they change the bank account details that they individuals or businesses had for the legitimate supplier, to a new bank account which is controlled by the criminals sending the emails.

More often than not, the victim of the crime won't know that they have been scammed until the legitimate supplied requests the payment that has since gone into the criminal's accounts.

These requests can also sometimes come by letter, or phone call, and the Gardaí warn that everyone should treat any request to change bank account details with extreme caution.

In recent weeks, criminals have succeeded in defrauding companies for very substantial amount of money, with one company losing over €200,000, and another losing almost $500,000, while many individuals or businesses have lost smaller amounts of money.

Tips on how avoid being scammed include: 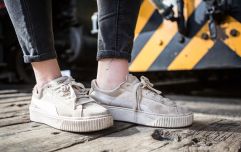 END_OF_DOCUMENT_TOKEN_TO_BE_REPLACED

Detective Chief Superintendent Pat Lordan, of the Garda National Economic Crime Bureau, had the following advice for business: "Victims of Invoice Redirect Fraud range from very small businesses to large companies and the consequences of falling for a scam of this nature can be catastrophic and result in the closure of businesses and redundancies. If you are not sure pick up the phone and speak to someone in the invoicing company."


popular
The lineup for this week's Late Late Show has been revealed
QUIZ: Can you name all these European countries just from their vowels?
QUIZ: Can you guess the pixellated movie posters?
Met Éireann says there's a risk of snow for parts of Ireland this weekend
QUIZ: How many of these Recess characters can you name?
Man being treated for suspected case of coronavirus in Belfast
Star Trek: Picard mostly manages to boldly go where no Star Trek show has gone before
You may also like
2 months ago
"We never sat down with a strategy," Jack Dobson on taking a leap of faith
2 months ago
Irish company "started at a kitchen table" sold for €326million
2 months ago
"I won't be a pen pusher," Blue Insurance co-founder Ciaran Mulligan
3 months ago
Irish company launch new emission-free electric mopeds to combat traffic congestion
3 months ago
EY announces creation of 600 jobs across six cities in Ireland
3 months ago
Business people should be able to listen to their gut and not their accountant – Niall McGarry
Next Page